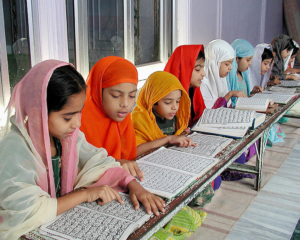 According to India’s latest census, 7.8 million children must earn a living while attending school. Another 84 million children do not even attend school. One of India’s biggest challenges is making education accessible to all its people. While primary education in India is now required, many children do not have the means to attend school. Although India’s literacy rates are rising, studies show that many children in primary schools fail to comprehend basic skills and concepts. As new technologies emerge, STEM education is becoming an important aspect of India’s education. The Agastya International Foundation and India STEM Foundation are two nonprofit organizations introducing rural children to STEM education.

In 2011, The Wall Street Journal reported that 75 percent of India’s technology graduates lack the qualifications for jobs in their fields. This report came a month after India released its 2011 census stating that nearly 92 million children in India struggle to achieve an education. Today, India’s government and nonprofit organizations, such as the Agastya International Foundation and the India STEM Foundation, have partnered to provide children with a strong education they can depend on later in life.

Founded in 1999, the Agastya International Foundation is a “transformative educational organization” that provides poor rural and urban children with hands-on learning through its mobile science labs. With more than 130 mobile labs set up across India, Agastya provides more than 500 students with hands-on learning every day. The Agastya International Foundation hones its curriculum to fill noticeable gaps within India’s education system.

Similar to the Agastya International Foundation, the India STEM Foundation’s mission is to educate young children about science and technology. In an interview, the program manager, Nityanand Channur, stated that “there is definitely a need [for a] holistic learning approach in [India’s] education system.”  Through its hands-on education in robotics, the India STEM Foundation hopes to inspire young students to pursue careers in STEM fields. Since 2006, the Foundation has created robotic labs, workshops, training for teachers and robotics competitions.

STEM education is not only fostering an interest in science, technology, engineering and math, but a future for children and India. India’s next generation of innovators is on the rise and ready to meet India’s growing need for STEM careers.