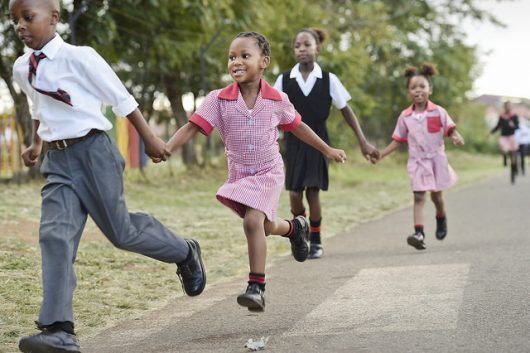 The World Bank recently released a 147-page report extensively detailing the root causes of economic struggle in South Africa. Researchers found that one of the most prominent factors behind poverty is racial inequality in South Africa.

Apartheid, the government-enforced segregation and discrimination against non-white people, came to an end in 1994 with the introduction of a racially mixed, democratically elected parliament under the leadership of Nelson Mandela. But although discriminatory policies stopped being imposed by the government, that unfortunately does not mean that racism vanished from the country. In fact, South Africa remains the most racially unequal country in the entire world.

The residual effects of apartheid have had tremendous impacts on the poverty rate, and the remnants of racial inequality in South Africa are still playing a role in the nation’s economic structure to this day.

Employment Disparities Remain After the End of Apartheid

Because apartheid took place relatively recently, many non-white people in South Africa who lived through it are still recovering from being discriminated against during that time. The report states that non-whites statistically have fewer skills, simply because they were excluded from the workforce for so long. This means that they are still more likely to be unemployed than white people. In fact, black South Africans saw a 31.4 percent unemployment rate in 2017, while among white South Africans the rate was only 6.6 percent.

Employment is hard to come by for non-whites because of how the education system was set up during apartheid. White education focused on reading, language and math, while non-white education mainly trained people to become unskilled laborers so that white people would not have to compete with non-white people for high-paying jobs.

This plan worked exactly as it was intended to, and many non-white people are doomed to a life of working low-paying jobs simply because they were never taught the skills to advance in their careers. As of last year, white South Africans still bring in an average income that is five times greater than that of black South Africans.

Another measure taken to promote racial inequality in South Africa during apartheid was the passage of the Group Areas Act of 1950. This resulted in millions of people being forced out of their homes and sent to live in specific areas based on their race. White people were able to live in the most developed areas, while non-whites were usually placed in barren rural townships. Even if non-whites happened to live in decent areas, their neighborhoods could be demolished to make room for white residences if the land appealed to them.

Because of this mass displacement, many non-whites still live far away from developed regions (even though it is no longer mandated by law) because it is too difficult to find somewhere else to live. For instance, the Western Cape province–home to Cape Town, one of South Africa’s biggest tourist destinations–is the most developed province in South Africa. The Western Cape has the lowest black population out of all the provinces at 32 percent. However, the Eastern Cape, South Africa’s most underdeveloped province, has the highest black population at 86 percent.

The distance from their townships into more populous cities makes it harder for non-whites to find employment in commercial areas, and even if they are able to secure a job, the cost of transportation to get there is very high. In fact, the average South African commuter spends about 40 percent of his or her income on transportation.

The South African government has taken measures to combat poverty related to racial inequality. The first of these was the establishment of minibus taxis, a cheaper form of public transportation from rural areas into cities. This has helped alleviate some of the cost and inconvenience that comes with living outside of populous areas.

Another important step taken by the government to overcome racism was the passage of the Employment Equity Act. This act made it illegal for employers to discriminate against their workers based on race and requires employers to promote diversity in the workplace through affirmative action programs.

Though these are great initiatives for helping those who were unfairly affected by apartheid and the racism that still lingers today, much more can be and needs to be done to reduce poverty by battling racial inequality in South Africa.