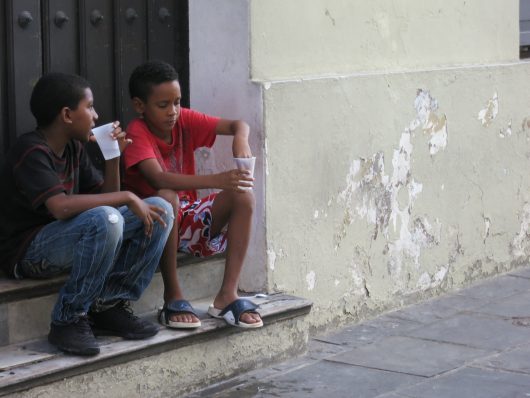 A humanitarian crisis is marked, among other things, by massive emigration and the failure of public services. These are two criteria already met by the increasingly perilous solvency issues mainly caused by Puerto Rico’s debt. If the U.S. does not respond quickly to this situation, its own citizens may require humanitarian aid.

Recently, Puerto Rico defaulted on a $58 billion debt owed by its Public Finance Corporation. Only $628,000 was attached in payment for what Governor Alejandro Garcia Padilla has called an unpayable debt. Meanwhile, conditions are deteriorating for those who remain on the island. Over 45% of Puerto Ricans live below the poverty line, and with the new Puerto Rico Oversight, Management, and Economic Stability Act (PROMESA), things are unlikely to improve in the near future.

One of PROMESA’s provisions will reduce the minimum wage in Puerto Rico to $4.25 for anyone under age 24. Residents paid up to 33% in local taxes even before the crisis and are now looking to the informal economy to supplement their incomes.

“It’s more lucrative to sell drugs than to work in Burger King,” said Ataveyra Hernandez, a former advisor to the governor. “Burger King wages won’t pay for a home.”

However, homes can certainly pay wages. In Puerto Rico’s public housing projects, residents working in the informal sector report zero income in order to gain preferential rents of only $25 per month. Factor in utility allowances from the federal government, $65 per month on average, and one can actually earn $40 per month by living in one of the island’s 54,000 public units.

Nevertheless, PROMESA does have its benefits. The first is a protection clause that stays any legal action by creditors that could disrupt Puerto Rico’s essential services. In August the U.S. District Court for Puerto Rico stayed three different lawsuits from creditors. These cases as well as others will remain frozen until Feb. 15, 2017.

PROMESA also caused the business community in San Juan to think critically about the island’s future. Puerto Rico is the fifth largest manufacturer of pharmaceuticals in the world, representing 12 of the top 20 firms.

This strong source of revenue has motivated airlines such as DHL and United to expand refrigerated transport services to Puerto Rico’s more than 45 pharmaceutical plants. United announced that there will be a six-fold increase in the number of flights from New York to San Juan as of December.

It is this sort of business development that could drive the island’s recovery. Colonial policies such as the 1920 Jones Act — which strictly limits maritime trade to American firms and shipping — may be re-thought after PROMESA.

For now, the U.S. will need to stem the human cost of Puerto Rico’s debt. That may mean loosening business controls on the island or perhaps even a referendum on statehood.

Which Children Are Most Affected by Malnutrition?New Movement Rises for Better Education in Croatia
Scroll to top