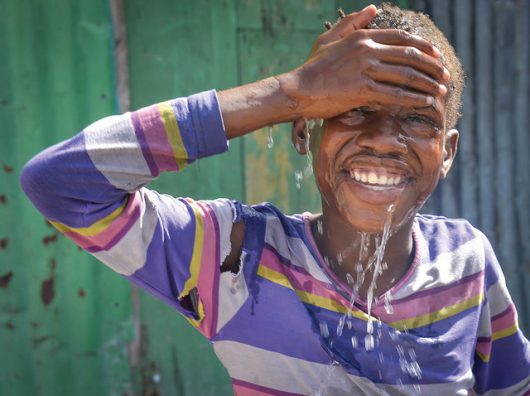 In the United States, public education is frequently taken for granted. The plethora of education choices we are afforded often blinds those with privilege from how fortunate they are. In developing countries such as Haiti, these options are non-existent. The following nonprofits and other organizations are promoting education in Haiti.

Education for Haiti
With only about nine percent of Haitian children graduating from high school, Education for Haiti sees it as vital to ensure that children stay in school. The founder, Richard Ireland, spent time in the Peace Corps working in Haiti and saw firsthand the lack of access to education. After identifying six families living in extreme poverty, he decided to pay their children’s tuition. Altogether the six families had 33 children that he was able to send to school.

This legacy carries on today as the organization continues to provide tuition assistance to children of Haiti. While six families were helped last year, the organization hopes to grow to help even more.

The second grant to promote education in Haiti, which is $24.1 million, is set to last from 2014 to 2018. This grant is more targeted at enrollment. This reached 102,000 students the first year and an additional 35,444 the following year. This program is a tuition assistance initiative aimed at reaching children who otherwise would not be able to afford a non-public education.

UNESCO
As the educational and cultural arm of the United Nations, the United Nations Educational, Scientific and Cultural Organization (UNESCO) is renowned for its contributions to discovery and innovation around the world. Haiti is one of 181 countries in which UNESCO has created schools that are part of the Associated Schools Project Network.

With two primary schools, six secondary schools and 13 colleges, the organization is making notable changes in Haiti. The establishment of these schools not only bolsters Haiti but also helps the United Nations to reach the Education for Sustainable Development plan. These schools bring new perspectives based on innovation and experience.

Hope for Haiti
Like many nonprofits, Hope for Haiti focuses on more than one problem in Haiti, but education remains a key issue. Rather than focusing on ground-relief, it uses donations to power the organization and promote education in Haiti.

The nonprofit requires only $5 to provide school supplies to a student, and $100 can support an entire education. The scholarships provided to students through donations are able to change lives. One student, Marie Francelene, was able to attend nursing school through the organization’s assistance. Without Hope for Haiti, she would have been like thousands of other unfortunate students and unable to continue her education.

Les Bours School was established to promote education among the most disadvantaged children in Haiti. These are children living in unimaginable conditions surrounded by violence and gangs. The school created hope for these children’s futures. To continue this program, each student at Les Bours School is matched with a sponsor in order to continue funding.

These organizations promoting education in Haiti have left a substantial impact on the small island country, with every bit of aid making a big difference.