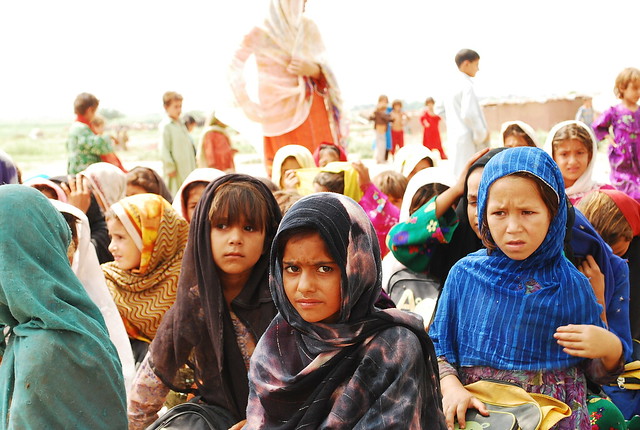 Refugees are a part of society in every country. Global interconnectivity has provided refugees more opportunities to escape the persecution they have experienced in their home countries. However, that same interconnectivity doesn’t always extend to the small communities where the refugees end up living. Isolation and poverty can sometimes lead to desperation and radicalization in refugees.

Social cohesion, as defined in BMC Medicine, “is the ability of a given society to be inclusive of all cultural and social groups, so that they work cooperatively.” A willingness to cooperate with one another has many benefits, including the promotion of healthier and more just communities with lower violent crime rates. Unfortunately, it is easier said than done. In a world that is so politically, culturally and historically diverse, these differences can sometimes seem to build barriers.

Indeed, many factors exist that can undermine social cohesion, including both social and economic isolation as well as discrimination. Marginalized members of society, specifically refugees and immigrants, are most commonly impacted. These populations often arrive in their host countries not able to speak the language and with limited support systems.  Social isolation frequently leads to economic isolation, meaning that refugees and immigrants are at a higher risk of falling into poverty.

Moreover, discrimination often faced by marginalized communities can further undermine social cohesion and is commonly linked with poorer health and unemployment. The negative impacts not only hurt these members but prevent them from contributing to the economy, affecting the community as a whole. Overall, communities that prioritize social inclusion and cultural understanding breed healthier societies and citizens.

According to the 2017 IEP’s Global Terrorism Index, terrorism cost the world an estimated $84 billion in 2016. In addition, 77 countries reported at least one death as a result of terrorism, and 106 countries reportedly suffered at least one terrorist attack. Overall, Europe and other developed countries have seen a spike in levels of violence. With an ever-evolving terrorism landscape, more home-grown terrorists are perpetrating attacks using new methods. The nature of this ever-evolving threat means that terrorism persists as a major global issue. For this reason, the identification of isolation and discrimination as risk factors for violent radicalization is especially important in preventing violence.

Youth populations are most vulnerable to succumbing to violent ideologies since adolescence is an extremely formative period for identity. Living in poor social conditions can weaken links with socially inclusive networks, making way for new spheres of influence. Ideologically driven groups associated with violent radicalization often monopolize on this opportunity to offer an alienated member of society the chance to belong. For this reason, terrorist groups often target younger populations for new recruits, as they are the most vulnerable.

Thus far, most counterterrorism efforts have put an emphasis on the criminal justice system. This means focusing almost exclusively on those who are already planning on committing a crime and not on prevention. Not only may this partial focus be inhibiting success, but in some cases, it has further encouraged radicalization in refugees by singling out specific religious groups. If behavioral sciences like psychology and sociology are used in public health programs to prevent violence, couldn’t counterterrorism efforts similarly follow this example?

A new-wave of counterterrorism efforts can offer a new perspective on how to prevent violent threats through better comprehension of human complexity. Focusing on understanding individuals’ demographics, stories and culture in order to better employ protective factors, like social support programs, would be monumental. Furthermore, crafting programs that promote trust and integration is key. By creating safe environments for all demographics and cultures, risk factors for violent radicalization in refugees can be reduced and, hopefully, eradicated.

France is one of the first countries to apply this approach. In 2017 alone, 100,755 people requested asylum in France. For this reason, President Emanuel Macron’s administration has taken steps to aide new refugees and immigrants to integrate into their new host country through a community service program called Volont’r.

The program, launched in January 2019, aims to teach young refugees (between the ages of 16 and 25) about French values, language and culture through immersion. Refugees are given the opportunity to earn a living and to learn French through government-sponsored classes. The program also plans to recruit 1,500 French citizens to help guide 500 refugees to set and meet personal goals and to build networks.

Volont’r is an example of successfully addressing key risk factors for radicalization in refugees by using a public health approach. New refugees are no longer left in isolation because of a language barrier and a lack of social connections. Falling into poverty is prevented by providing tools for employment.

Vulnerable populations must be given the opportunity to learn the codes of their new society, promoting integration into an environment where they are heard and understood. In an ever more globally connected world, France believes that building relationships, not walls, is the key to making the world a healthier and safer place. This is an important lesson all countries could benefit from not only for the health and safety of its refugee population but also to reduce the instances of radicalization in refugees.