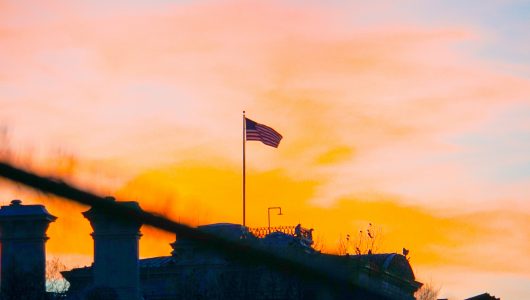 President Trump has recently come under attack for allegedly breaking the emoluments clause of the Constitution by retaining ownership of The Trump Organization while holding the office of President of the United States. The organization has a stake in about 500 businesses in 20 countries. Opponents argue that the only way that Trump can truly enter office in compliance with the U.S. Constitution would be if he were to either sell The Trump Organization or put his assets into a blind trust. With the latter, he would have no updates on his organization’s fiscal information.

In response to the lawsuit, President Trump has promised to step down from The Trump Organization. He will put his two sons, Donald and Eric, in charge, along with one executive. No new deals with foreign countries will be made under Trump’s presidency and all new domestic deals will undergo a process of review by an ethics board to be appointed at a later date. Lastly, Trump has promised that all payments from foreign governments to Trump hotels will be donated to the U.S. Treasury.

Ethics lawyer Norman Eisen, who served as an advisor to Barack Obama, Richard Painter and George W. Bush, does not agree with Trump’s lawyer Sheri Dillon. Eisen specifically disagrees with the claim that Trump’s actions are sufficient enough to protect the country from foreign interests, reiterating his stance on whether a president can do business in Office. Eisen, along with Citizens for Responsibility and Ethics in Washington (CREW), has filed a lawsuit against Trump. They claim that he is still in violation of the constitutional foreign emoluments clause article I section 9 clause 8, which states that “No Title of Nobility shall be granted by the United States: And no person holding any office of Profit or Trust under them, shall, without the Consent of the Congress, accept of any present, Emolument, Office, or Title, of any kind whatever, from any King, Prince, or foreign State.”

Assistant Attorney General Samuel A. Alito, Jr. said in 1986 that the “answer to [an] Emoluments Clause question must depend [on] whether the [arrangement] would raise the kind of concern that motivated the Framers in enacting the constitutional prohibition.”

It will be up to the U.S. federal court system to decide whether The Trump Organization’s businesses abroad would fall under the category of unconstitutional. This will ultimately decide whether a president can do business in office.