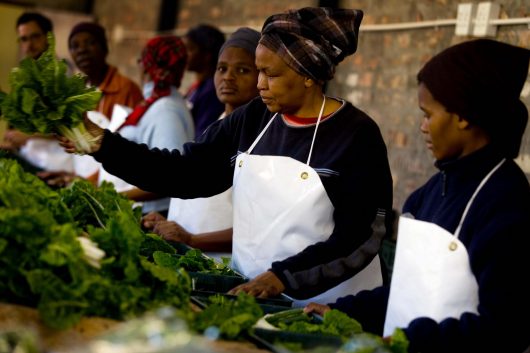 A team of scientists from Sri Lanka and the United Kingdom recently collaborated to study nanotechnology-based fertilizer delivery to crops. What they discovered has the potential to revolutionize farming worldwide, reduce environmental impact and mitigate future global food shortages.

The study, which was published in the Jan. 25, 2017 edition of American Chemical Society Nano (ACSNano), acknowledges that fertilizer prices in developing countries are substantial, and the costs often negatively impact food supply. Scientists determined that developing technology to reduce fertilizer costs was necessary, and began testing a trial fertilizer on rice farms in Sri Lanka.

The results were nothing short of impressive. Initial trials showed a 20% increase in production using about half the amount of fertilizer. These findings are a boon for future generations. The United Nation’s Food and Agriculture Organization estimates that crop production needs to increase by approximately 60% by 2050 in order to supply the world’s population and avoid global food shortages.

The Science Behind the Results

The scientists in this study didn’t reinvent the wheel. They focused their attention on urea, a common fertilizer. Although urea has been used for decades, it has major weaknesses. When urea comes in contact with water, it breaks down prematurely and cannot be efficiently absorbed by crops. Farmers then have to use more fertilizer — if they can afford it. Calling this issue a “major challenge for global agriculture” that “threatens future food security,” the team settled on a nanotechnology-based principle for fertilizer delivery. This method has wide applications in pharmaceutical delivery, and the scientists thought it showed promise.

The team combined Hydroxyapatite nanoparticles with urea to create nanohybrids. Then, they applied the mixture to crops at test farms. It pleased them to discover that the nanohybrid fertilizer decomposed the urea at a slower rate than urea alone. The scientists reported that they reduced the amount of fertilizer application by 50% while increasing crop yield by more than nine percent.

Larger Harvests with a Smaller Footprint

Money isn’t the only thing saved when nanohybrids are in play. Less fertilizer applied to crops means that less washes away into bodies of water, avoiding unnecessary pollution. Gehan Amaratunga, one of the scientists on the team, says “this goes a long way to reducing the environmental footprint of agriculture…It is a Green Revolution.”