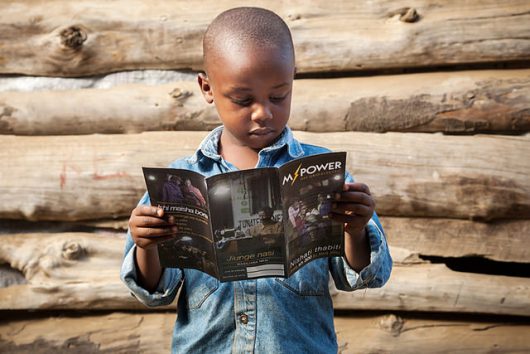 Two out of three people in sub-Saharan Africa lack access to electricity. With better access to electricity, Africans will have the opportunity to grow socially and economically. Power Africa, a five-year initiative launched by former president Barack Obama, aims to increase access to reliable, affordable and sustainable power in Africa and in turn support Africa’s economic growth.

The initiative is powering Africa by facilitating the cooperation of governments around the world, the private sector and technical and legal experts to increase Africans’ access to power by using the natural resources of the sun, wind, streams, lakes and natural gas.

Access to electricity is an opportunity for economic and social growth. Power Africa aims to generate 30,000 more megawatts of electricity and electrify another 60 million homes and businesses. Since 2013, Power Africa has closed 90 power transactions valued at more than $14.5 billion, which are expected to generate more than 7,500 megawatts of power in sub-Saharan Africa.

Power Africa is connecting homes and businesses through off-grid and small-scale renewable power projects. Beyond the Grid, a sub-initiative launched in June 2014, is powering Africa by working to unlock investment and growth in off-grid energy and electricity access projects across the African continent. Power Africa has funded off-grid companies and projects that have enabled tens of millions of people to gain access to electricity for the first time.

Power Africa also focuses on the role of women in Africa’s power sector. The USAID 2017 Power Africa Report revealed the correlation between workforce diversity and performance and showed that companies that invest in women outperform their peers. Power Africa strives to promote gender equality and female empowerment by supporting projects, programs and policies that promote the engagement of both men and women in sub-Saharan Africa.

Additionally, Power Africa is one of the largest public-private partnerships in history, with more than $54 billion in commitments and more than 150 public and private sector partners. While it strives to power Africa by sustaining economic growth, it also provides economic opportunities for American taxpayers, workers and businesses. As the five-year initiative came to a close, USAID Administrator Mark Green announced Power Africa 2.0, a continuation of the original Power Africa.

Green stated, “Under Power Africa 2.0, we will be expanding beyond our previous targets of increased energy generation and access and looking to make gains in the areas of distribution and transmission. And perhaps most importantly, we will be taking on the enabling environments that allow private enterprise to grow and thoroughly flourish.”

In its next phase, this initiative powering Africa will focus on improving environments and making sure utilities are stable. It will also target U.S. outreach to help U.S. companies see the opportunities that exist in Africa.