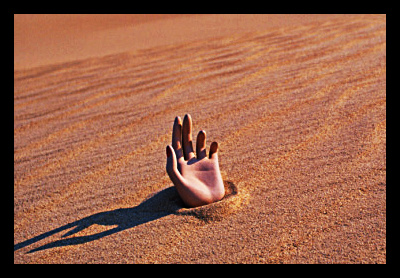 In biology, there are two feedback loops – positive and negative. A negative feedback loop works by Effects which disrupt the Cause; for example, cold temperatures prompt the thermostat to activate heating, which raises the temperature and therefore requires the heat to be shut back off. A positive feedback loop works in exactly the opposite way – more Effect produces more Cause which produces more Effect, ad infinitum; this regulates the production of Oxytocin in a woman’s body during pregnancy, and is only ended by the expulsion of the fetus from the mother’s body. The mechanism commonly called the poverty trap is a social positive feedback loop. And this is why it is so difficult to eradicate.

Unlike pregnancy, there is no terminal event which can tell social institutions and infrastructure, “Enough!” Poverty can endure forever; it is a stable state. Many conditions of deprivation can be tolerated once a person is familiar with the new sensation, and poverty is one of these. Furthermore, the system of poverty is complemented by a system of affluence, which also operates by a positive feedback loop. The richer an individual becomes, the more opportunities there are to increase that affluence. This is not to suggest that rich cannot become poor and vice-versa; merely that in capitalist systems, wealth has a tendency to accumulate, like gravity pulling particles in a vacuum slowly toward one another.

If no forethought is given to this positive feedback loop, as has been the case in America over the last decades, it can become nearly impossible for those at the bottom of the socioeconomic pyramid to reach the top. School is the exemplary case of needing money to make money – without a college education, and increasingly, graduate-level education, many job opportunities are simply out of reach. Loans exist, but conditions are becoming less favorable, and the standard repayment plan on a Stafford Unsubsidized Loan adds nearly 50 percent of the principal in interest over the course of repayment.

A favorite ideology of Americans is that popularized in the 1980s: pull yourself up by your bootstraps. Indeed, this is a critical piece of the solution; a capacity and willingness to commit oneself to improvement is a prerequisite to improvement. However, it also turns a blind eye to the fact that institutions are, by design, resilient to the whims of individuals. An institution which is dysfunctional for one individual is often functional for another. Those for whom institutions function well are understandably reluctant to see them evolve into something less favorable.

That said, in theory, an institution does not answer to those in the ruling party, but operates under mechanisms which dictate it serve the greatest number of people in the best possible way. The  legislation pushed by Franklin Delano Roosevelt during the Great Depression (the New Deal) and by Harry Truman after World War II (the Marshall Plan, the attempt to temporarily nationalize steel and coal businesses in Europe) was responsible for putting millions to work.

Simply put, the poverty trap is human in operation and institutional in design. Both must evolve if the trap is to be disarmed.