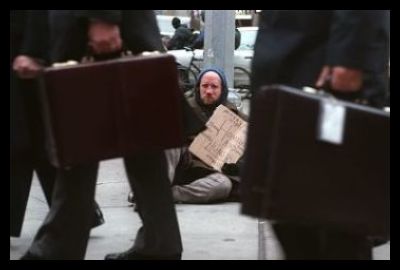 The recent shakeup of the U.S. Congress could prove to set different standards when it comes to dealing with poverty. In the past, Republicans and Democrats have been at odds about how to handle Americans living in poverty.

Historically, the main difference between the two parties stemmed from a difference in opinion about the funding of social services intended for the lower classes. Republicans contend that spending on social services creates a feeling of entitlement among the poor.

Many social services providers are wondering how their organizations will be affected by the newly elected Republican majority. Democrats and Republicans remain staunchly divided on issues including raising the minimum wage and increasing support for Medicaid and others. Both parties want to help the 45 million Americans living below the poverty line. The problem remains that there are vastly different views on how to tackle this issue.

The economy negatively affects the middle classes as well. Senator Tom Harkins of Iowa supports a bill that raises the minimum wage from $7.25 per hour to $10.10 per hour. He says, “The sluggish recovery has left us with chronic unemployment and a middle class in crisis. For the vast majority of American workers, incomes have stagnated for decades.”

As prices on goods and services rise, American jobs pay relatively the same amount to their employers. The inequality between the upper and middle classes is growing and it seems that corporations and businesses are the only ones who are benefiting.

Marge Clark, a lobbyist for poverty alleviation in the U.S., notes the main reason why poverty in America is growing without a large public response; It is the indifference of of the middle- and upper-class Americans. Inequality and poverty do not garner nearly as much attention as hot button social issues.

Senator Dave Camp (R-Michigan) states that jobs are primarily what lift people out of poverty. So they shift the focus to creating jobs and that regulations should be lifted off companies so that they are better able to produce more jobs. Some say President Obama has stymied job creation. According Senator Camp, taxes and environmental regulations only inhibit job creation.

Whether or not the new GOP majority congress will cut social spending or continue to provide financial services that benefit the poor remains to be seen. What is likely is that anti-poverty groups will seek bipartisan support in congress now that the Democrats are no longer the house majority.

Anti-poverty groups expect a fight. In the past Republicans have sought to cut spending on government subsidized food stamps and other programs many Americans rely on to buy food. In the coming months it will become more evident about how a GOP-led House will respond to this increasingly important problem.