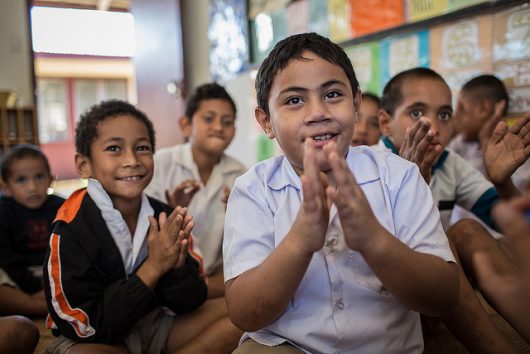 The Polynesian Kingdom of Tonga is home to around 102,000 people. Tonga is an archipelago comprised of 171 islands, only 45 of which are inhabited. In 2005, the U.N. estimated 77 percent of the population lives in rural areas.

The poverty rate in Tonga is 22.1 percent; in other words, one out of every five Tongans lives below the poverty line. Among the eight nations in the Pacific region, Tonga has the third lowest poverty rate, proceeded by the Solomon Islands and Vanuatu.

Tonga’s impoverished communities are primarily in rural areas on the outer islands. The main island of Tongatapu has the highest GDP per capita, but the citizens of the farther islands of ‘Eau, Ha’apai, the Niuas and Vava’u struggle to find work. The higher poverty rates on these islands are due to a lack of access to goods, transportation and marketing opportunities.

The poverty rate in Tonga worsened after the 2008 global financial crisis. The cost of living skyrocketed due to increased prices of imported fuel and food. The crisis also caused Tongans overseas to lose their jobs in fields such as construction and landscaping, rendering them unable to send money back home. It is estimated that there are more Tongalese expatriates than current citizens, and many of them reside in the neighboring countries of Australia and New Zealand.

The biggest hope for improving the Tongan economy is tourism. Tonga hopes to increase high-value tourism among the outer islands, which have white sandy beaches and ideal sailing conditions. The Tongan tourism industry still has problems with remoteness, infrastructure and poor marketing. However, conditions are improving. In January 2011, tourist receipts totaled 60 million Tongan dollars, the highest point in the last decade.

Like many countries, Tonga is still in the process of rebuilding its economy after the 2008 financial shock. International cooperation will also be instrumental in doing so, as Tonga continues to rely on foreign aid for emergency assistance and filling the gaps in trade deficits. With further cooperation and the development of local markets, there is hope to lift many more Tongans out of poverty.