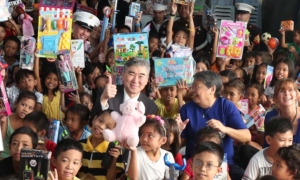 The pandemic had a negative impact on every country in the world. From economic depression to increased poverty, conditions in rich and poor countries declined. One of the countries that the pandemic hit hardest was the Philippines. The pandemic pushed more than 2.3 million Filipinos under the poverty line. By 2021, poverty in the Philippines was above 18%, well overshooting the government target of 15.5%. The Philippines is also $242 billion in debt, amounting to nearly 64% of its GDP. This 16-year high is partly due to the pandemic, as the financial stress it caused led to the government borrowing more. To top it all off, inflation is rising at the highest rate since 2018, further exacerbating the country’s economic struggle. Luckily, the new president of the Philippines has a plan to reduce the poverty rate in the Philippines by half.

Despite the country’s increasing economic disparity, the newly inaugurated President Ferdinand “Bongbong” Marcos Jr. proposed a record budget to tackle poverty, health care and social welfare in 2023. For him, boosting the economy and reducing poverty in the Philippines is supposedly at the forefront of his agenda. He recently proposed a 2023 budget of $94 billion (5.29 trillion pesos) – a significant increase from the previous year’s budget. This budget aims at lifting millions of people out of poverty and significantly boosting economic growth. He also pledged to cut the poverty rate in half, aiming for 9% by the end of his term in 2028.

Furthermore, Marcos intends to reduce the Philippine debt to less than 60% of its GDP. He also plans to initiate the nation’s own Center for Disease Control and Prevention. Establishing a CDC is a step that makes vaccines more available, lowers the cost of medicine and expands health care accessibility in rural areas that lack it.

While Marcos’ budget sounds promising for tackling the poverty rate in the Philippines and promoting economic growth, his presidency carries a heavily tarnished past. Marcos Jr. is the son of late former President Ferdinand Marcos Sr., who served as the 10th Philippine president for 21 years. Controversy, corruption and even dictatorship marred the Marcos Sr. presidency. In 1972, Marcos Sr. put the country under martial law, which lasted for nine years. During that time, numerous human rights violations occurred, followed by economic collapse and rising inflation.

By the end of his rule, the poverty rate in the Philippines was at an all-time high, having risen from 42% to 59%. It is well documented that Marcos Sr.’s political opponents and critics were assassinated or tortured and that the Muslim minority was heavily silenced and oppressed. In addition, he and his wife Imelda received accusations of plundering around $10 billion, much of which was never recovered. Despite the numerous charges of racketeering, graft and corruption, Imelda Marcos ended up serving as a congresswoman for nine years. Her daughter Imee currently serves as a senator. Additionally, on May 25, 2022, her son Marcos Jr. officially became the 17th President of the Philippines.

Some say that the Philippines is heading into another era of corruption and dictatorship. Others say that Marcos Jr. is fighting hard to escape his father’s shadow. Whatever the case may be, one thing is certain; this struggling Asian country requires strong leadership and sound judgment if it is to recover from its current economic crisis.