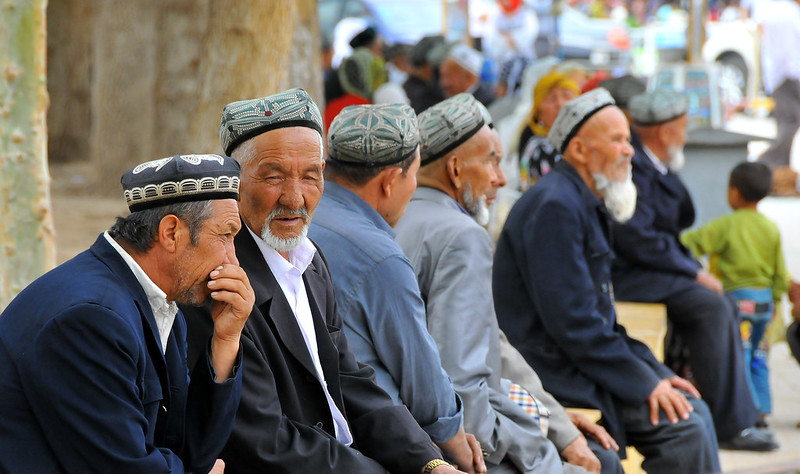 More than 40 different ethnic groups live in China’s northwest region known as Xinjiang. The largest of these groups are the Han Chinese and Uyghur Muslims. The two groups do not speak the same language or share similar traditions, creating a wide cultural divide. Socioeconomic disparities and the Chinese government’s exploitation of the Uyghur further exacerbate the divide between the two groups. Poverty in Xinjiang, China has contributed to the oppression of Uyghurs and given the Chinese government a justification to detain and exploit millions.

The poverty in Xinjiang, China is the highest of the Chinese provinces at approximately 6%. However, certain regions within Xinjiang face more poverty than others. Yutian County, for example, has a poverty rate of around 25%. Even so, the region has made great strides in poverty alleviation in recent years, lifting 2.3 million out of poverty. Xinjiang’s resource-rich areas have caught the attention of Han Chinese, driving migration and economic growth. Additionally, the government has promoted various industries, employment transfers and citizen relocation. This has the result of further driving down poverty rates.

Unfortunately, many Uyghurs are excluded from the benefits of reduced poverty. Employment discrimination prevents Uyghurs from getting jobs in these growing markets. As a result, a disproportionate amount of Han Chinese receive better jobs. This furthers the economic disparity between the two groups. On top of this, the rising number of Han Chinese in the region has made the native Uyghurs feel distant from one another and worry their culture is disappearing.

The unhappiness caused by exclusion and poverty in Xinjiang, China pushes many Uyghurs closer to Islam. They increasingly support Xinjiang’s independence from China to create East Turkestan. Some even commit acts of violence. Despite the fact that Chinese policy and Uyghur poverty cause much violence, many Han Chinese believe it results from Islamic extremism. This leads to widespread fear and distrust among the population, further driving exclusion.

The Chinese government agrees with the Han Chinese, claiming that Islamic extremists cause violence. It specifically argued that it must “reeducate” the Uyghur Muslims. Since 2014, China has been suppressing the Uyghurs’ culture, language and religion in the name of national security. All the while, it claims that Uyghurs have full freedom. Police stations and cameras now line the streets of Xinjiang. Some public areas are full of razor wire, and the police stop people on the street to see their ID. Furthermore, the government has taken passports from many Uyghurs, preventing them from leaving the region.

Since 2017, the government has reportedly detained approximately a million Uyghurs in reeducation camps. Detainees’ only crime is their Muslim identity. Hundreds of camps exist today, 39 of which tripled in size from 2017 to 2018. Construction funds for these camps have increased by nearly $3 billion in recent years.

Although China’s secrecy makes information on the exact conditions in the camps difficult to discern, previous detainees have spoken out. They speak of a prison-like environment, sexual assault and forced abortions or contraceptives, extreme surveillance, torture and more. Some say they witnessed people taking their own lives.

On top of this, many Uyghurs in these camps must work in factories across China, often against their will. The products they produce are so widespread that approximately 83 international companies use this forced labor in their supply chain. In fact, one in five cotton products around the world rely on this forced labor. These products are therefore the result of severe human rights violations.

Ongoing Efforts to Reduce Violence and Poverty in Xinjiang, China

Many U.S. companies benefit from this system, making it crucial that legislation prevent forced labor and condemn China’s actions. Most recently, the U.S. Senate passed the Uyghur Human Rights Policy Act of 2020 (S3744) in late June 2020. This act placed sanctions on many of the officials who complicit in the detainment and abuse of Uyghurs.

Additionally, representatives introduced the Uyghur Forced Labor Prevention Act in March of 2020, but it has not passed into law yet. Many Uyghurs are also stuck in U.S. immigration limbo, making it far more difficult for them to seek refuge. Both of these proposals are crucial in helping significantly reduce the demand for forced labor. Both also urge the Chinese government to stop committing human rights abuses against the Uyghurs.

NGOs Step in to Help

Many NGOs have been working to bring attention to this ongoing crisis and help the Uyghurs. Despite the difficulties present in aiding Uyghurs directly, a coalition of more than 250 organizations made the End Uyghur Forced Labor campaign. The coalition demands that companies eliminate any Uyghur forced labor in their production lines within a year. Companies that agree must sign a pledge, and the coalition will apply pressure to all companies that have not yet signed.

The coalition has also organized advocacy days, written petitions, and called on Congress for a ban on cotton from the Uyghur region. Although it’s difficult to determine the exact effects these campaigns have had, this additional pressure on companies will help end Uyghur forced labor. In turn, the group will reduce demand for Uyghur labor and prevent their exploitation.

Poverty in Xinjiang, China has reduced significantly and will likely continue to decrease in the upcoming years. But the Uyghurs do not benefit from this progress. Numerous countries have applied pressure on the Chinese government, and it is crucial that the U.S. does the same. Many NGOs have worked together to raise awareness and pressure governments and companies to eliminate Uyghur forced labor. In spite of the many challenges that the Uyghurs face, there is still hope for conditions to improve with the support of the global community.