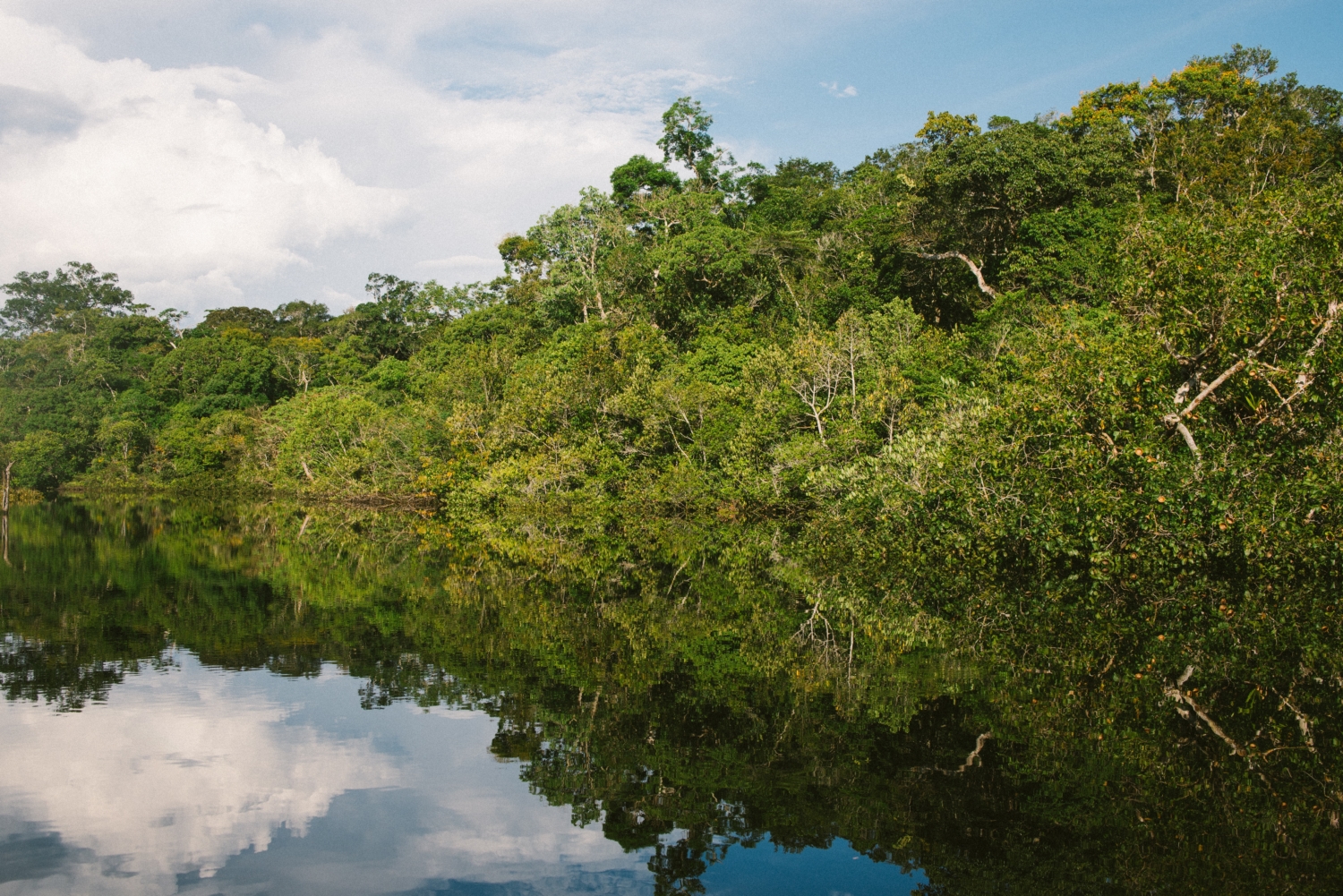 The Amazon rainforest, covering about 40% of Brazil as well as parts of several other South African countries, is the largest, most biodiverse river basin in the world. It used to span nearly 2,300,000 square miles and is the drainage basin for the Amazon River. As Brazil’s population boomed in the 20th century, forest degradation ensued, causing rapid loss of vegetation and animal life. Read on to learn how poverty in the Amazon rainforest plays a major role in historical and contemporary fights for preservation.

Contrary to several outdated misconceptions, the indigenous people who first inhabited the Amazon rainforest were highly intelligent. They built complex structures to sustain cities of millions of people as well as cultivated the forest, much like a garden.

For over 8,000 years, indigenous communities favored certain trees, such as the brazil nut and cocoa bean, eventually domesticating such plants and allowing them to flourish. The soil in the Amazon is not suitable for this sort of cultivation, but indigenous peoples created their own fertilizer. This allowed millions of people to inhabit the forest along major waterways.

The Introduction of Disease

A President with a Corrupt Agenda

The destruction of the Amazon rainforest directly correlates with the man in power, Jair Bolsonaro. Bolsonaro took office in January 2019, and the increase in slash and burn tactics in the forest has skyrocketed since. By August of 2019, Brazil saw nearly two times as many fires in the entirety of 2018. This is the highest level of deforestation the Amazon has seen since 2008. Swaths almost 4,000 square miles larger than Yellowstone Park have burned to the ground because of Bolsonaro’s policies. A large part of his election campaign revolved around the promise of exploiting the Amazon to improve Brazil’s struggling economy.

Poverty in the Amazon rainforest has become nearly unavoidable due to conditions created by the people in power. Brazil is the world’s main exporter of beef and the most convenient way to keep up this exportation is to utilize slash and burn agriculture to quickly create spaces for cattle ranchers to take advantage of.

Although this may sound like it stimulates the economy and helps these low-income farmers, the Amazon rainforest provides resources that once depleted, cannot be replaced. These ranchers will never be able to escape their impoverished conditions because the burned forest land becomes useless so quickly. The poor indigenous communities suffer from poverty in the Amazon rainforest as do the poor ranchers. Both groups are trying to get by, but burning down the forest has no substantial or long-lasting benefits.

A Light at the End of the Tunnel

Although the destruction of the Amazon is daunting, there are several nonprofits working to preserve this biological gem and the people that depend on it. International Working Group for Indigenous Affairs and Amazon Conservation Team both prioritize supporting the indigenous people and environmental activists. Poverty in the Amazon rainforest unfortunately often falls upon the indigenous people, which is why these organizations are so critical in advocacy for the people who need it the most.

These are just a few of the many outstanding organizations working to save the rainforest from a corrupt government. Moving forward, it is essential that these organizations continue their work to conserve the Amazon rainforest and help reduce poverty for those living there.