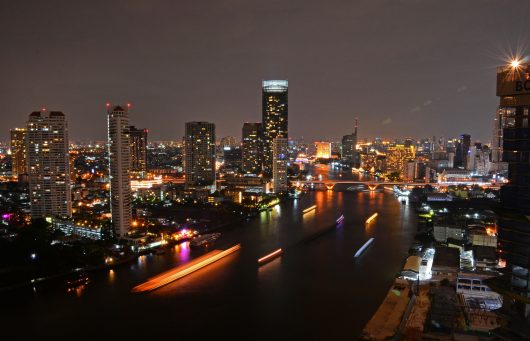 Thailand is being touted as a development success story. Sustained growth and poverty reduction are the reasons for the incredible progress. Poverty in Thailand was reduced from 21 percent in 2000 to 12.6 percent in 2012 and 7.5 percent in 2015. Between 1999-2005 the economy grew annually by five percent, which created jobs and improved education.

While Thailand has become a middle-income country and an active development partner, the country’s growth has slowed to only 3.5 percent between 2005-2015. Despite this, Thailand is making great progress towards meeting their Millennium Development Goals.

Poverty and inequality create a challenge for a country with a faltering GDP. While the World Bank predicts that growth will increase 3.2 percent in 2017, it has grown by less than 2.5 percent annually between 2014-2016.

Thailand may achieve its desired goals and see an end to poverty in the country if it can sustain growth and implement additional sound reforms.