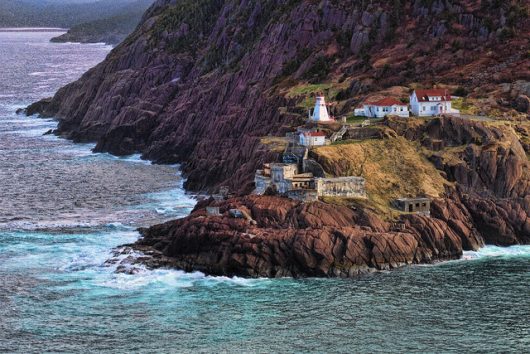 Once bustling epicenters, notorious for their pivotal role in illegal alcohol importation into the U.S. during prohibition, these islands are now faced with a severe lack of economic stimulus, causing a certain level of stagnation in the territory.

Poverty in Saint Pierre and Miquelon can largely be attributed to their suffering fishing industry, which is under pressure from competing for Canadian commercial fishing, global climate change and general overfishing. Fishing, on both the commercial and local scale, provides the livelihoods of 41 percent of the territory’s population. This means that any fluctuation in fishing profits directly influences the standard of living for almost half the territory’s population.

Although the islands of Saint Pierre and Miquelon are a territory of France, a country with one of the highest nominal GDP’s in Europe, the islands are far away from entertaining the standard of living enjoyed by the land-locked French.

France is responsible for much of the existing infrastructure and development which has occurred on Saint Pierre and Miquelon. However, France lacks the fiscal budget or political interest to fully incorporate Saint Pierre and Miquelon, forcing the islands to find new ways to expand their economy in order to accommodate their growing population and standard of living.

Tourism is one sector Saint Pierre and Miquelon could potentially utilize as a respite from the contracting revenues of the fishing industry. With the territory’s intriguing smuggling history and its arguable position as the last true French outpost in North America, the potential for a thriving tourism economy is present. However, significant revenue from the tourism industry remains to be seen.

Nevertheless, tourism is a largely untapped industry with huge potential for the territory and could be a source of income for improving water quality and sanitation across the islands.