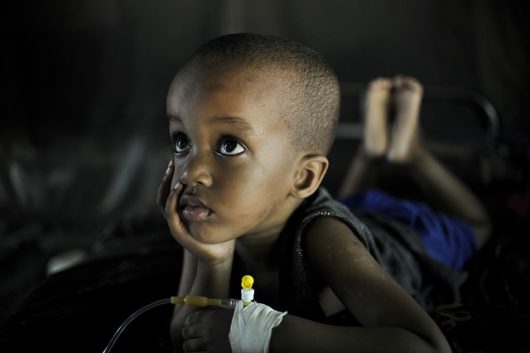 Malaria — a disease caused by plasmodium parasites and transmitted by a mosquito bite — kills about 429,000 infected people every year. Though it can be treated easily for those who readily have access to healthcare, those who do not are often left to suffer. Unfortunately, sub-Saharan Africa is home to warm climates that attract the principal malaria mosquito, Anopheles gambiae. This leaves the citizens vulnerable to infection.

Malaria often cripples adults and children, forcing those infected to cease working or attending school. People disperse to less economically stable areas due to the fear of being infected; it even scares off potential investors and tourists. The money that the government and its citizens have to set aside for medical costs takes an enormous toll on the economic growth of the affected regions. Direct costs (illness, treatment, premature death) have been estimated to be at least $12 billion per year.

The U.S. recognized the devastating effects of malaria in Africa and decided to take action. In 2005, the Bush administration launched the President’s Malaria Initiative (PMI), which strives to reduce malaria-related mortality by 50 percent across sub-Saharan Africa.

At the end of April 2015, the PMI released its eleventh annual report to the U.S. Congress detailing the initiative strategy for 2015-2020. The report outlines how the President’s Malaria Initiative will work with national malaria control programs to accomplish the following by 2020:

To achieve these objectives, PMI will approach five areas:

The PMI aims for the gradual eradication of malaria by 2040-2050. With the help and continued funding of the PMI, malaria will be on the road to eradication in sub-Saharan Africa — along with the social and economic losses caused by the disease.