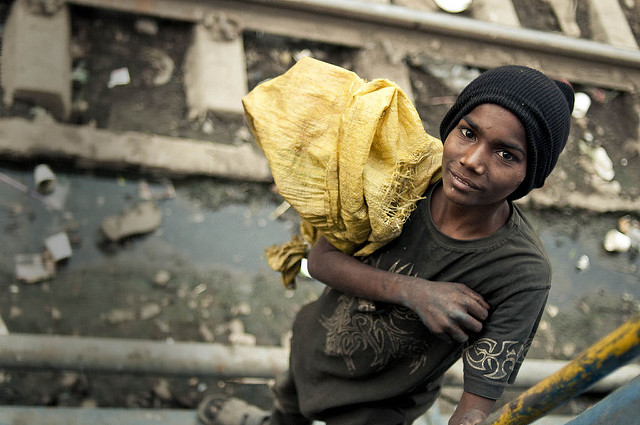 India has an overall population of 1.3 million, with 900 million people living in rural areas of the country. While the poverty rate has been significantly reduced due to governmental support, factors such as natural disasters, heavy dependence on agriculture and high birth rates have contributed to the continued poverty in rural India that affects around 300 million people.

Farming in India relies heavily on monsoons that bring rainfall and irrigate the land. This means that erratic weather, cyclones, water shortages and droughts all have a huge impact on agriculture and can cause damage to crops.

Environmental factors are not the only causes of poverty in rural India; societal factors play a large role as well. Many people living in rural areas lack the physical ability to work. Individuals may also face problems such as drug addiction or alcoholism. Other factors that increase the poverty rate include a poor educational system, limited access to medical care, poor or non-existent sex education and a lack of available birth control methods.

One main social issue related to poverty in rural India is the custom of child marriage. The legal age of marriage in India since 1978 has been 21 for men and 18 for women. Despite this, about one-third of global child marriages occur in India, and more than 230 million Indian girls marry before they reach 18 years of age.

In rural India, one-fifth of Indian girls are married before age 16 and give birth to their first child before age 18. Child marriages greatly affect Indian women’s physical and psychological health and result in fewer educational opportunities for younger women. It also increases the demands on food and energy as a result of a growing population.

Solutions to this problem include stricter law enforcement against child marriage and proper education regarding family planning for those living in poor socioeconomic conditions in rural India.

While the “green revolution” emphasized the ownership of private land and tried to fairly distribute this land to all individuals, much of the land in remote areas of India is still held by a small group of upper-status people. Large portions of cultivated land belong to a minority upper social class, which includes rich farmers and landlords, and results in a severely uneven distribution of land. In other words, the majority of people own very little land and as such may have to maintain a feudal relationship with rich landlords. Those not in feudal relationships struggle with a low annual income and often with debt, since the harvests from their lands seldom bring a profit. Other issues such as crop patterns, neglect of crop rotation and poor quality materials and technology also influence poverty in rural India.

Due to the high poverty rate, many rural areas in India now have to depend on loans with relatively high annual interest rates. While this seems like a good solution to the poverty crisis and reduces the immediate pressure of economic needs, in the long run, it will negatively affect these rural areas. Such loans lead to future debts and increase the need for funds to pay back the loans.

Better solutions should be adopted to help relieve financial stresses in rural India, such as a compulsory education allowance and poverty subsidies from the local government.

To sum up, poverty in rural India is caused by many factors. Possible solutions to reduce the poverty rate include stronger surveillance of land, stricter enforcement of the legal marriage age, widespread awareness of birth control, better access to medical resources and increased support for low-income families. The more solutions for poverty, the better the prospects for rural India.