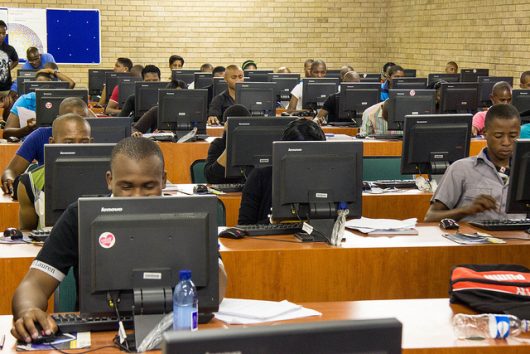 An issue that developing countries must bypass is prioritizing technology innovation, not just adapting to technology. Another issue is that the distribution of technology needs to be equal across a country; so far the poor have not been able to have the same amount of access to technology. It is important for organizations to monitor technology and to encourage innovations and job creation in order to solve these issues.

One organization that works to do just that is Broadband for Good, a group that gives internet access to rural areas and encourages programs to utilize the technology in creating progress in communities.

When technology is used correctly it can be extremely helpful in furthering the prosperity of economies. One such example of technology creating a positive impact on the economy is in regard to India — the Self-Employed Women’s Association uses SMS to send agricultural workers messages about commodity prices. This information helps farmers determine the best places to sell their produce. Farmers who participated in this program have said that they have been able to sell their products over wider areas, which has increased their incomes.

Another example, also in India, is the Hand in Hand Partnership (HIHP). The HIHP is an organization that provides women with mobile devices so that they can launch their own tech-driven businesses. The HIHP helps train and provide technical support for these women. By encouraging women to innovate ideas instead of just giving them technology, HIHP is helping to better the economy in a sustainable and long-term way.

Other countries successful in creating businesses are Nigeria, Egypt and Indonesia. 38 percent of these countries’ gross domestic product (GDP) was generated by micro-entrepreneurs. In a 2011 World Bank report, figures showed that small businesses like these create new jobs and generate new ideas — both of which are great for helping economies.

Poverty in Rural India: Causes and MeasuresFishing and the Future of Women’s Empowerment in Nepal
Scroll to top