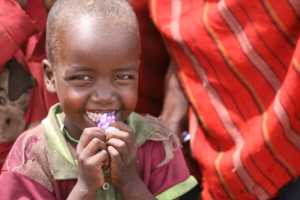 Northern Kenya comprises 10 frontier counties which host approximately 19.2% of the country’s population and is classified as arid and semi-arid land. As a result, pastoralism is the dominant economic activity in the region. It supplies 90% of jobs and 95% of household income contributing to 50% of Kenya’s total GDP.

Despite pastoralism having an approximate value of $800 million, poverty in Northern Kenya is rampant. Five out of the 10 frontier counties are among the poorest in the country with six out of every 10 people living below the poverty line. Due to the harsh climatic conditions, settlements are temporary and dependent on the availability of water and pasture. Pastoralism in northern Kenya is a fragile industry as farmers frequently lose livestock to drought and disease which leads to food insecurity. It is for these reasons that the government has launched several poverty alleviation and development initiatives in conjunction with the international community.

Kenya’s Frontier Counties Development Council originated in 2016, bringing together the 10 northern counties as one economic bloc. These counties are Turkana, Marsabit, Wajir, Mandera, Garissa, Lamu, Tana River, Isiolo, Samburu and West Pokot. The Kakuma Refugee Camp is located in Turkana whose northern border is shared with South Sudan and the Dadaab Refugee Complex is found in Garissa with Somaliland to the east.

The purpose of the council is to promote security and socioeconomic development through inter-county partnerships. It intends to strengthen unity and streamline policy implementation between the frontier counties and the rest of the country. Through collective action, the FCDC aims to resolve short-term regional issues, promote resilience, achieve efficient growth through innovation, foster social entrepreneurship and lay the groundwork for medium to long-term sustainable development.

To achieve these objectives the FCDC has also partnered with numerous external partners including the Alliance for a Green Revolution in Africa (AGRA), UKaid, UNDP, the EU, Mercy Corps and most recently USAID. The USAID Kuza program began in 2019 with the aim of addressing poverty in Northern Kenya by developing its local economy through financial and technical investment.

The intention of the Kuza program is to reduce dependence on humanitarian assistance and to reduce poverty in Northern Kenya by building economic resilience in the region. This achievement is possible by accelerating public and private investment and strengthening the county’s capacity for development. The program received the $14 million Impact for Northern Kenya Fund from USAID Kenya to undergo distribution to local small-to-medium businesses.

Notably, USAID enlisted AV Ventures to facilitate the implementation of the program. AV Ventures is the subsidiary body of the nonprofit organization ACDI/VOCA based in Washington D.C. and specializes in financing small-to-medium enterprises. It serves as the lending intermediary between the USAID Kuza program and more than 20 local financial establishments. These include banks, fintech, microfinance institutions and Savings & Credit Co-operatives that want to expand their reach into the region.

Ending poverty takes more than providing assistance. It is also about helping others help themselves. The USAID Kuza program and other USAID programs in the country are following this principle by injecting efforts into initiatives that can create long-term and sustainable change. Poverty in Northern Kenya is not a problem that occurred in only a few years but one that has almost become entrenched due to decades of underdevelopment and neglect. It will take the efforts of the Kenyan government, the Kuza program and the consistent support of others to undo the damage and finally turn things around.