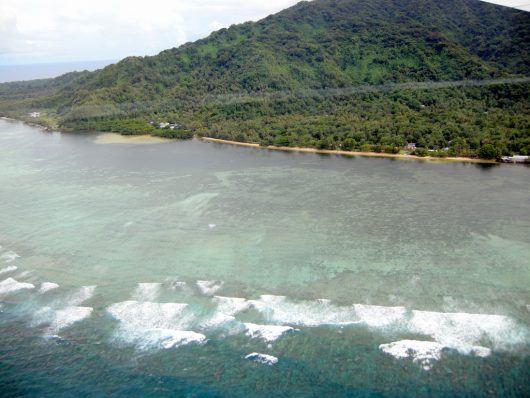 The Federated States of Micronesia is a beautiful country with an interesting setup. The nation is composed of four island states with their own constitutions and legislatures. While this allows the four islands to maintain their own traditions and relative independence, it does make it difficult to coordinate the four states on national policy and reforms. Due to this, the states struggle to come to a consensus on issues and have not developed as well as they could have, leading to a reliance on development assistance and international aid. Unfortunately, the lack of development in Micronesia has also led to poverty concerns, with 41.2 percent of the population living below the national poverty line, which is one of the highest percentages of islands in the Pacific.

Although the nation has a promising economic outlook – the Asian Development Bank predicts that the economy will grow 2.5 percent between 2017 and 2018, following 3 percent growth in 2016 – poverty in the Federated States of Micronesia is still a concern. This is due to underdevelopment and the nation’s struggle for cohesion between the four states. These issues can be mitigated by new devotion to development. The local and national governments may have a limited capacity now, but there are ways to bring them together, namely by sharing industries. If the four islands have one or two main sources of industry or resources that they produce, then they will have something in common to negotiate about. Stable industries also help develop nations, so this solution would have multiple benefits.

Unfortunately, industry is limited in Micronesia, requiring the nation to rely on aid from the United States and international banking organizations such as the Asian Development Bank. The nation has few natural resources to export, and the fishing industry has become limited. One opportunity that has been taken in recent years is the development of water bottling plants. While this is not a long-term solution, plants such as these could be beneficial to the Micronesian people, who need access to jobs that are not reliant on the government.

Another concern that could lead to poverty in the Federated States of Micronesia is the threat of overfishing. As Pacific islands, there is a wealth of fishing opportunities, but overfishing has led to one of the only dependable resources suddenly becoming scarce. Without fishing, many citizens of Micronesia will lose a food source as well as job opportunities. Since fish are not as available, the fisheries will have to hire fewer workers, which is one of the causes of higher unemployment. In order to solve the issue of overfishing, the government of Micronesia needs to craft a policy that limits the amount each individual can fish per week, with strict fines for overfishing, and eventually even legal penalties. This would not only provide the incentive for citizens to behave in a more ecologically friendly way, but it would also help alleviate the overfishing issue, ultimately helping to decrease poverty in the Federated States of Micronesia.

Ultimately, the deciding factor in Micronesia’s fight against poverty lies in the government’s hands. Having four distinct states with separate constitutions makes it difficult to bring the states together for meaningful change. In order to provide cohesion, Micronesia needs to establish a more centralized federal government with one constitution, allowing the states to have their own laws and history, but not their own country. This would encourage more international cooperation and help aid packages reach people in need, as well as bring the people of Micronesia together.