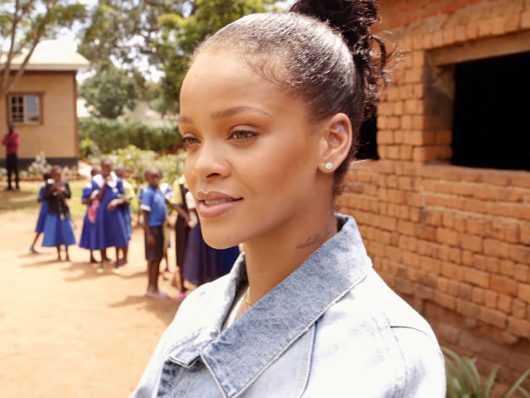 Robyn Fenty, popularly known as Rihanna, hosted the Diamond Ball with the help of Dave Chappelle on September 14th, 2017. The event occurred at Cipriani Wall Street, and this was her first time hosting the ball in New York City. The charity event raised over five million dollars for the health and education initiatives of the Clara Lionel Foundation (CLF) for the Caribbean Islands and Malawi. The CLF promotes innovative education, health and emergency response programs around the world.

The CLF actively participates in global advocacy with the goal of improving the quality of life for young people everywhere. The CLF’s current agendas are involved with the Clara Lionel Foundation Global Scholarship Program, the Clara Braithwaite Center for Oncology and Nuclear Medicine at the Queen Elizabeth Hospital in Barbados and the Barbados Micro Grants Program.

The director of the Clara Lionel Foundation, Justine Lucas, mentioned at the event that they were one of the first few organizations to aid Hurricane Harvey victims. They are also planning to invest in Irma recovery.

While the charity event was by invitation only, Rihanna’s family and many notable celebrities attended in support of the pop singer’s philanthropic efforts. Young Thug, Beyoncé, Leonardo DiCaprio and Jamie Foxx supported Rihanna’s cause. Even President Barack Obama sent in a video message where he thanked Rihanna for her work with her foundation. “You’ve become a powerful force in helping people find hope and dignity,” said a delighted Obama.

Through Dave Chappelle’s charisma and Rihanna’s ploy to get her guests influenced by alcohol (and their own compassion), the Diamond Ball raised over $5 million for health and education initiatives. “I hope that as you hear about what we are doing and what we plan to do, you too will be inspired to join our mission. The more you drink, the more inspired you’ll be to donate money … and help kids around the world,” Rihanna slyly encouraged her guests.