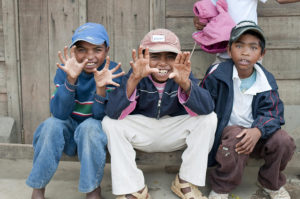 Even with the 2013 election of a new president that ended a five-year political deadlock, poverty in Madagascar was still a huge problem. Electing Hery Rajaonarimampianina brought fresh hope to the people of Madagascar. However, the National Assembly voted to impeach him after just 18 months of his presidency because they did not feel that he was following through with his campaign promises. Ultimately, they were unsuccessful, but the political situation remains unbalanced. Even though Madagascar has rich soil for crops and a wide variety of wildlife, political turmoil has damaged it for years. Due to this, poverty remains an ongoing issue.

The restoration of political stability could mean great things for Madagascar. John Stremlau, the vice president of peace programs at the Carter Center in the United States said after the 2013 election, “It has great resources, it has great promise, but it has been hurt by the sanctions that have been in place now for five years. The per capita income is very low, down to less than a dollar a day for 90% of the people, so that this is a new beginning, an opportunity, but the hard work of building a democratic process has only just begun.”

The best way for Madagascar to reduce poverty is to utilize economic growth. Harsh weather hit multiple cities in 2017, which affected agriculture in the areas. In fact, the weather ruined rice crops, a popular trade food and export item. The production of rice fell while the price of it increased. While working on repairing the damage from lost crops, the country has increased economically in other ways.

Besides rice, items like cloves, vanilla, cocoa beans and essential oils have flourished, increasing the performance of goods exported to other countries. Economic growth has increased from 4.2% to 5% from 2017 to 2018. With this growth, the country is more likely to achieve its goal of reducing the number of people living below the poverty line by the year 2020. The next step is to provide financial inclusion to those without access to financial services to further ensure the rise out of poverty.

Food poverty affects the children of Madagascar much more than the adults of the country. More than half of Madagascar’s children are chronically malnourished, creating an effect called “stunting.” They are half the size they should be, and some children will not even make it to secondary school, let alone adulthood. Malnutrition damages the body and mind, sometimes irreversibly.

Malnutrition is an increasing concern for parents. “They are seven, they should be much bigger,” said Rasoanandranson, a mother of five children. Her boys at eight years of age resemble 5-year-old children. Families grow small quantities of crops rich in nutrients like sweet potato, avocado and maize, but the harvest only lasts two to three months tops. Unfortunately, mothers like Rasoanandranson eventually have to sell their food for other much-needed household items, hygiene items and school supplies.

Hope still exists for these families and in the near future. In May 2017, the country set out to achieve its goal of reducing malnutrition from 47% to 38% by 2021. It can achieve this goal by building more nutrition centers and recruiting more volunteers to educate villages on proper nutrition. There is another player to this game that will help fight malnutrition, and that is clean water and sanitation services.

On top of contaminated water, the piping systems that were previously installed are defective and leak at least 40% of clean water. With the population rising, conditions will only worsen; however, volunteers are working to improve the piping systems and educate people about safe water practices and sanitation. They have even started facilities to wash clothing to prevent people from further polluting the river by washing their clothes in it.

Programs like USAID, WaterAid and WASH are trying to improve conditions by first educating the community about food security and environmental programs. Secondly, they plan to improve local, community-based governance of water and sanitation resources. Thirdly, they will roll out a program called Triggering Health Seeking Behavior Change to promote good hygiene at the household level. The final process is access to credit for the people to microfinance products for clean water and sanitation systems. With all the issues from malnutrition and contaminated water, how is Madagascar’s health care?

The Health Care System in Madagascar

In the capital city Antananarivo, there are public and private hospitals that provide basic medical treatments and small operations. However, for more complex surgeries, patients are transferred to a hospital in South Africa. Although medical services are actually free to the community, people who can afford them often receive the advice to take out private, international health insurance for different situations such as going to a larger hospital for more extensive surgeries.

The most common diseases in Madagascar are malaria, leprosy and tuberculosis. The health care system is working to combat these diseases and, going back to the lack of clean water, it is strongly advised that people boil tap water before drinking or using it to cook. Though most of the hospitals are in cities and towns, Christian missionaries run hospitals in rural areas in case some people can not make it to town, but they cannot reach all areas.

Nonprofit organizations and volunteers are currently working to improve access to proper education about nutrition, sanitation and financial stability. Madagascar is on its way to becoming a better country for its people. Hopefully, the political situation will improve, and the government will begin doing its part to end poverty in Madagascar.