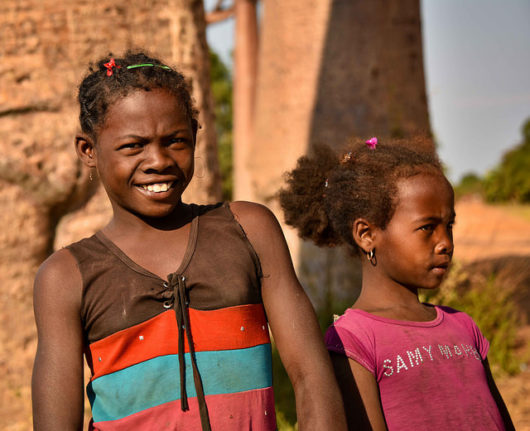 Since becoming an independent nation in 1960, Madagascar has struggled to find its footing and develop in the right way. The island nation’s economy and government have both historically proven to be fragile. Most recently, a coup d’etat, illegal and overt seizure of a state, temporarily transferred political power to military authority in 2009. This societal fragility has contributed to the rate of poverty in Madagascar, which is currently among the highest in the world.

However, Madagascar’s outlook has been looking up since 2013. The country held U.N.-sanctioned elections that led to a peaceful transfer of power. The economy immediately responded with modest, but increasingly promising growth. Projections determined that Madagascar’s GDP would grow by 5% in 2018.

Unfortunately, poverty rates have held relatively steady despite these economic gains. In 2017, more than three out of every four citizens of the country lived on less than $1.90 a day. With numbers of poverty being this high, raising people out of poverty has to be the main goal of Madagascar’s government and the international community.

Problems Related to Poverty in Madagascar

Poverty in Madagascar is complex and entrenched. Rates of poverty are high throughout the country, but they are worst in rural areas. The country’s poor access to water, sanitation and hygiene (WASH) facilities is most inconsistent in these areas, where only 35% of the population has improved access to clean water.

Electricity, food, and schooling are all hard to come by for the country’s poorest as well. Only 15% of the country’s population had access to electric power in 2015 and nearly half of Malagasy children are severely malnourished. These and other societal factors influence the low rate of children enrolled in primary education, which was under 70% in 2012.

Most Malagasy people work in agriculture, often producing cash crops like coffee and vanilla. These jobs are far from stable, however. Madagascar’s location off the Southern Coast of Africa leaves the country vulnerable to natural disasters. These disasters not only immediately impact the people caught in their path but contribute to the difficulties in maintaining infrastructure in rural areas.

The Beginning of Progress

Despite all these difficulties, the development in the last five years gives several real reasons for hope. The first of these reasons is related to the political stability Madagascar has enjoyed since the 2013 elections. The international community was reluctant to invest aid money in Madagascar during and around the crisis of 2009, but that reluctance seems to have passed. In 2016, the World Bank and the United National Development Programme dedicated $6.4 billion for the country’s infrastructure between 2017 and 2020.

The political stability also opened access to U.S. and European markets for Madagascar. These new markets helped drive the recent economic growth. The World Bank has consistently argued that Madagascar’s government will have to intentionally include the country’s poorest in order to have a real effect on their lives. The current government has shown a willingness to take initiative to address the problems affecting these citizens.

The government hopes to leverage the growing economy to develop a healthy tax base. With that added funding, the focus can shift to building up infrastructure, education and disaster relief around the country. Corruption has plagued past relief efforts, but the government has begun passing anti-corruption laws and encouraging greater judicial oversight of these cases.

Another government role in encouraging economic growth is providing business incentives and greater access to both physical and online banking services around the country. The government hopes that these initiatives will provide new jobs to the rapidly-growing population, provide more stability and diversity to the economy in general, and provide financial flexibility that could protect people from disasters overturning their entire lives.

Progress has been slow, but positive trends are beginning to appear. Madagascar’s economy is hardly a world powerhouse, but it is slowly climbing up the ranks of the World Bank Doing Business ranking and the United Nations Development Program Human Development Indicator. Poverty in Madagascar should also drop by 2% over the next two years.

Madagascar will have to pass a few more important markers before a long-term positive trend is certain. For example, another peaceful transition of power after the 2018 election, resolved in December, will mean a lot in a  long run for ensuring the stability of the country and for achieving the ultimate goal of eradicating poverty in Madagascar. That being said, Madagascar, as one of the most impoverished nations in the world, is finally making progress despite many difficulties. That is something that should inspire hope in the country but in the international community as well.