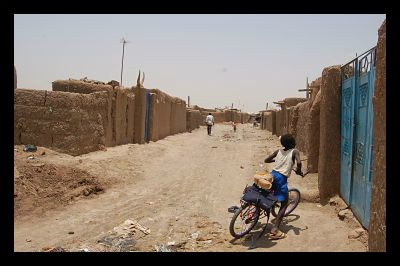 Sudan is one of the most ethnically diverse countries in the world, but poverty desperately affects the population of 44 million.

The city of Khartoum is notorious for its destitution. The population has tripled over the past 20 years; however, the government has not implemented any formal accommodation for this influx. The current government is not a sufficient resource to address poverty in Khartoum as it lacks information and the capacity to combat the issue.

It is recorded that 180,000 people died of poverty before 2004 when the conflict finally gained international attention, with the U.N. warning on “atrocities” and Powell declaring it a genocide. Poverty linked with conflict has killed several million people in Sudan and South Sudan.

The conflict between Sudan and South Sudan is a significant source of poverty for the area. The tension over oil fields has created an unequal wealth distribution between the north and the south.

According to Poverties.org, “Even Khartoum remains pretty opaque regarding its resource management and never appeared ready to give up its oil revenues that easily. Injustices, grudges and protests are likely to keep on fueling armed conflicts, thus threatening the stability of the two countries and throwing countless more people into poverty in Sudan (North and South). Little effort has been made to stop the growing, oil-induced social turmoil and corruption that affect the whole region…The most simple thing to do would be to fund some social assistance to overcome land issues and poverty in Sudan and thus the extent of social unrest.”

Poverty is an undeniable threat to the existence of humanity in the 21st century. The global commitment to promoting adequate standards of living for all people is emphasized in the Millennium Development Goals, which sought to reduce poverty by half by 2015. Poverty cannot be overcome with a singular solution as it is very multidimensional. Poverty is experienced differently across time, space, culture and even gender. For example, poverty is most severe during specific weather seasons, while other times poverty is more static.

According to research conducted at The University of Khartoum, a “serious campaign against poverty necessitates opening up the issues to public debate, raising people’s awareness of them and directing the media to that end.” The overwhelming axiom is that South Sudan suffers from chronic underdevelopment and lacks the administrative capacity to address local and domestic needs. A lack of secure funding for the country, accompanied by failures of governance, have led to local level tensions and competition for limited resources (including but not limited to water, land, cattle, food and education.)

There are multiple actors required to adequately address destitution in Khartoum including governmental and non-governmental groups, private actors, communities and the youth. Existing institutions require additional funds, freedom and credibility. While the situation in Khartoum is stark, the space for improvement is vast.