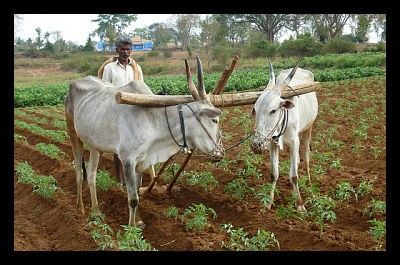 The connection between poverty and mental health is not surprising. The severe emotional strain and stresses associated with making ends meet, poor nutrition and unfavorable living conditions can be extremely high. Depression can be up to two times more prevalent among low-income groups and people with the lowest socioeconomic status are eight times more at risk for schizophrenia.

In India, a string of farmer suicides have been making headlines. Driven to depression by rising debt, small farmers who are unable to make a profit with the scarcity of rainfall and falling prices of crops commit suicide. According to a CNN report, in 2013, 11,722 farmers killed themselves across India. The suicides plunge families further into financial insecurity and hopelessness. Government interventions are crucial to curb these disturbing losses of life. Policies pertaining to land reform, industrialization, agriculture, poverty alleviation, availability of financing and compensation to farmers are all going to be needed to alleviate the burdens on small farmers.

In some parts of the world, mental problems can be regarded as a sign of an evil spirit. Sufferers are seen by traditional or spiritual healers and are not treated by counselors or psychiatrists. Decades of superstitions and beliefs are hard to overcome, particularly when dealing with a delicate problem.

Many organizations and projects are trying out methods to provide mental healthcare to affected populations, including projects like the Zimbabwe based Friendship Bench Project, which provides counseling sessions, the international Programme for Improving Mental Health Care, which researches on methods to scale up delivery of mental healthcare and India based Sangath, which trains lay people in counseling and works with other nongovernmental and governmental organizations to evaluate and launch models for mental healthcare. Dr. Vikram Patel, co-founder of Sangath, was recently named one of TIME’s 100 most influential people. This might aid in bringing more attention to this urgent issue.

While the Millennium Development Goals can go a long way towards alleviating poverty, which will reduce many of the stressors, mental health issues need to be given importance as a public health issue and duly addressed.