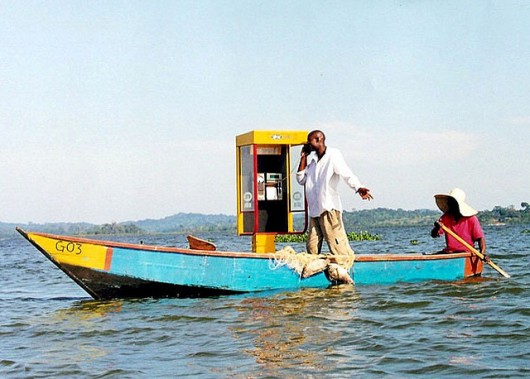 A new study published by the University of Washington and the University of California, Berkeley reports that mobile cell phone information can be used to measure levels of wealth and poverty in developing countries.

Historically, poverty data in developing countries has been difficult to measure because information is captured through door-to-door surveys.

“[Cell phones] could be a useful policy instrument to estimate the geographic distribution of poverty and wealth,” said Joshua Blumenstock, one of the study’s authors, in a NY Times interview.

Blumenstock and his colleagues used anonymous data from 1.5 million subscribers of Rwanda’s largest mobile phone network. The team analyzed billions of interactions which included the time and length of phone calls as well as text messages. Cellphone towers helped them get a rough idea of geographic location.

During the study, the researchers also interviewed 850 cell phone owners. The respondents were asked about their housing situations, the assets they had access to and other indicators of wealth or poverty.

The researchers used this information to create an algorithm that predicts a person’s wealth based on their cellphone usage. Using this model, the team was able to answer more specific questions including whether a house has electricity.

The researchers are trying to conduct similar work in Afghanistan because certain areas are dangerous or too difficult to access and door-to-door surveys are not possible.

“We do not think this method is the be-all or end-all, but in the absence of good information, this is better than nothing,” said Blumenstock. However, the researchers’ approach could lead to new ways to quickly analyze poverty at a fraction of the cost of other methods.