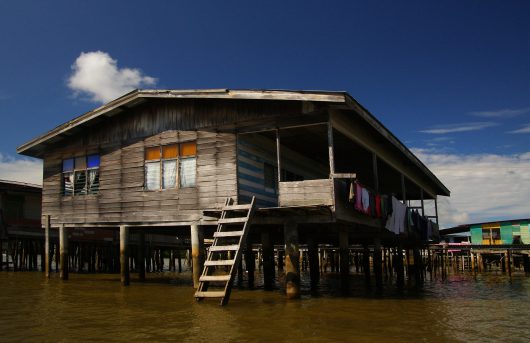 Brunei Darussalam, the Abode of Peace, is a small Southeast Asian country with a population of approximately 350,000 people. Data on poverty in Brunei is scarce, but it shows that roughly five percent of the country’s population lives in poverty. Nevertheless, there is another face of poverty in the small nation: the poverty of freedom and opportunity.

Brunei is an Islamic Sultanate Kingdom ruled by a monarch in whom rests the executive, legislative and judicial powers of the State. The reigning monarch, Hassanal Bolkiah, is the 29th ruler in an unbroken line of succession for the past six centuries. The country’s citizenry has allowed the monarchical rule to survive for this long because of two reasons: welfare benefits and the respect for social and political order enforced by the state.

Economic poverty in Brunei is not a big problem because it is a rich nation and the third largest exporter of oil and gas, which allows the subjects of the King to enjoy a high per capita income of nearly $24,000 annually. The human development index (HDI) ranks it 30, which falls in a very high human development category, over countries such as Malta, Qatar and Cyprus, which rank 33. Brunei also ranks well in the gender development index (GDI). According to the 2015 HDI report, the female HDI value for Brunei is 0.854 which is a GDI value of 0.986, placing it into Group 1 with countries such as Norway, Australia and Singapore.

However, poverty in Brunei exists in the sense that there are reported problems of smaller economic inequalities and the lack of freedom and opportunity. Development across some areas is uneven and opportunities for younger generations to participate actively in the State affairs through education, employment and promotions on merit are less than encouraging. Brunei has no representative institutions due to the total control of the King’s authoritarian regime. Analysts believe that the State has been able to maintain harmony due to the vast wealth at its disposal for welfare activities.

The less diversified nature of economy, dependency on the oil and gas industry and the spread of ideas due to the rise of Internet and globalization among the younger generation do seem to pose a challenge for the current socioeconomic and political model. Economic and political measures in Brunei must be taken to address the emergent issue of poverty of opportunity and freedom and, simultaneously, sustain growth and prosperity.