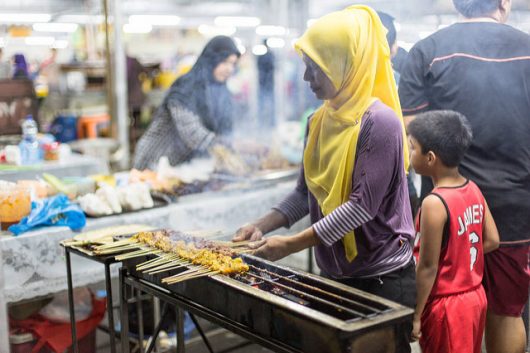 Brunei is a country located on the north coast of the island of Borneo in Southeast Asia. Brunei is the only country on the island and has territory between the nations of Malaysia and Indonesia. Hunger in Brunei is a growing problem inherently linked to the government.

Recently, the leader of the country, Sultan Hassanal Bolkiah, announced his intention to make Shari’a law the primary form of law in the nation. This change stems from the fact that two-thirds of the country’s population is Muslim. This shift of policy in conjunction with growing governmental corruption led to the United Nations expressing grave concern for the country.

In Brunei, food is scarce due to the insurgent groups in the region and arid climates, making growing crops difficult for the farmers in the area. Due to its tropical climate and proximity to the ocean, the main supply of protein comes from marine catches. Marine wildlife acts a primary source of food for the people of Brunei, and the government has made an effort to increase the yields of fishers to meet the requirements for the nation’s food supply.

Outside of the fishing industry, a majority of food is shipped into the country internationally. Although the Brunei government states that they have adequate food distribution policies that ensure food products get distributed to the majority of citizens, data shows that this is not the case. Regardless, the food distribution system distributes sugar, rice and other basic foods. Once transported to communities, they get sold at “fair” food prices.

Political corruption began right as the country found independence in the early 18th century and has continued to affect the country’s population since. Due to much of the food supply being under control by the government and militant groups roaming the country seizing the little amount of food available for the country’s citizens, the amount of hunger in Brunei has increased dramatically since the country’s independence.

The significant amount of hunger in Brunei stems from political corruption and the shift to Shari’a law as the primary form of governance. In general, a pregnant mother will struggle to find the volume of food necessary to have babies that are born healthy. The rate of babies born underweight is now at 11.9 percent, an increase since Shari’a law was implemented in the nation.

Beyond issues with the country’s government, the food that is available to the citizens of Brunei is either of low quality or often gets contaminated with toxins. This low quality of food has led to children growing up in the nation to be underdeveloped. About 22.8 percent of males and 16.7 percent of females suffer from stunted development as a direct result of malnutrition and toxic foods.

The political situation in Brunei has contributed significantly to the country’s inability to feed its citizens. Although the government has tried to make strides in better distributing the food the country has, many people still face the issues created by hunger in Brunei.

Continued pressure by the EU should ensure that the government continues to distribute food and sell that food at fair prices. However, as present trends suggest, this may not be possible until more political change occurs in the country.