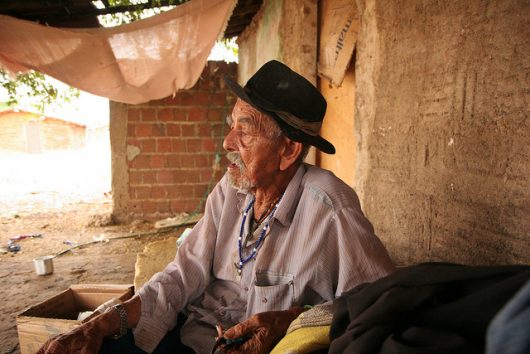 Brazil is a tropical sought getaway for anyone looking for adventure, fun, and possibly romance. Tourists from all over the world travel to Brazil in order to explore new places and find something new within themselves. For the people of Brazil, however, living in poverty in Brazil can’t continue.

After collecting data, researches have shown that Brazil is a vastly unequal country where inequality affects all corners and areas. Here’s a common example: in terms of ethnicity, or skin color, the people with the lowest rates of income, 78.5 percent, are black or mixed race, while only 20.8 percent are white.

A report by Oxfam International states that in Brazil, the six largest billionaire’s wealth and equity are exactly equal to 100 million poorest Brazilians.

If the labor market were to continue this path as it has for the last twenty years, women and men won’t be earning the same wage until the year 2047, with 2086 being the year where the income of blacks and whites stands equal.

In March 2017 alone, 17 million children under the age of 14, equal to 40.2 percent of the Brazilian population of this age group, live in low-income houses.

In 2017 the number of people living in extreme poverty in Brazil went up by 11.2%, rising from 13.45 million in 2016  to 14.83 million, based on data released by the Brazilian Institute of Geography and Statistics (IBGE). Definition of extreme poverty used in a research was set by the World Bank and is defined as an income per capita below $1.90 a day.

According to IBGE, in 2017, the wealthiest 1% of Brazil’s population earned 36.1 times more than the bottom half of the population, averaging a monthly income of nearly $8,000. The poorest 5% of Brazilians received an average income of around $11 a month comparing to $14 the year before. Income of the wealthiest 1% only dropped 2.3% in the same period.

Even with achievements in poverty reduction beginning to make strides in the past ten years, inequality still sits at a high level. Universal coverage in primary education was one of the biggest accomplishments for Brazil, but Brazil is struggling to improve system outcomes.

A major silver lining is that reducing deforestation in the rainforest and other biomes have made a great deal of impact in terms of progression from ecological damage. Still, Brazil continues to face development challenges such as: finding ways to benefit agricultural growth, environmental protection, and sustainable development.

Brazil played a huge role in formulating climate framework and has ratified the Paris Agreement. In that sense, the country has demonstrated its leadership role in international negotiations on climate change where many other countries came up short. With these significant contributions to climate change within its borders, Brazil has voluntarily committed to reducing greenhouse gas emissions between 36.1% and 38.9% by 2020. Chances are big that Brazil will most likely reach projected numbers sooner.

Poverty in Brazil can’t continue, especially having in mind country’s potential for tourism and the amount of beauty and natural resources it has to offer. There is a solution, and as with most things, it rests in the most obvious place: understanding the scope of the problem and seeing it for what it truly is. Knowing nothing is hopeless because even hopelessness can’t exist without hope existing in a first place. This is how poverty is combatted. This is what the people of Brazil deserve: to hope and truly live.