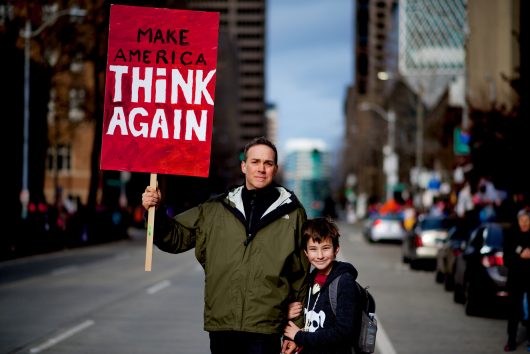 Poverty in America is not as easily understood as it is in other parts of the world. Most Americans do not identify with what is defined as poverty and consider being poor as lacking nutritious food, housing and clothing.

According to the U.S. Census Bureau, the typical poor American has access to basic needs and wants including a car, air conditioning, cable television and other amenities.

The overall poverty rate in the U.S. is 13.5 percent — 43.1 million people. The demographics for poverty in the U.S. are measured by the federal government’s poverty threshold. Many Americans working several jobs are considered to be in poverty as well as senior citizens with fixed incomes.

Leading Causes of Poverty in America

One of the main causes of poverty in America is the shrinking of the middle class. High-paying factory jobs are leaving the U.S. and the country’s growing population cannot be supported.

Americans are also falling into poverty due to debt and the fact that they owe more than they own. They continue to take out loans at high interest rates while in low income brackets.

The National Poverty Centre has found that poverty rates are higher for families headed by single women, particularly women who are black or Hispanic. The statistics also show that 14.8 percent of women are living in poverty overall. Additionally, 24.1 percent are African-Americans, 21.4 percent are Hispanics and 9.1 percent are Caucasians.