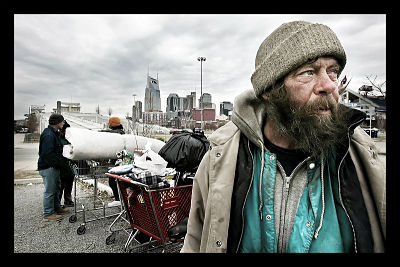 The conditions of an American living in extreme poverty are certainly different than those of people who live in the developing world. Fortunately for the American impoverished, the United States has established a number of programs to assist people living under the poverty line. Food stamps, housing subsidies, and refundable tax credits are available to ensure that a person’s basic needs are met. The United States spent $9.6 billion on funding Temporary Assistance for Needy Families in 2011. This program provides temporary financial assistance to the impoverished, allowing them to pay for daily expenses when they are struggling to earn a sufficient income.

Although extreme poverty is concentrated in developing nations, extreme poverty is truly a global issue. Poverty reaches rich and poor countries alike, and the impoverished need aid no matter where they live. The difference between the impoverished living in a wealthy country and a developing one, however, is that wealthy countries have well-established safety nets for those living below the poverty line. In other parts of the world, this is not the case, making foreign assistance to these areas even more critical to ensure that the impoverished have their most basic human needs fulfilled.