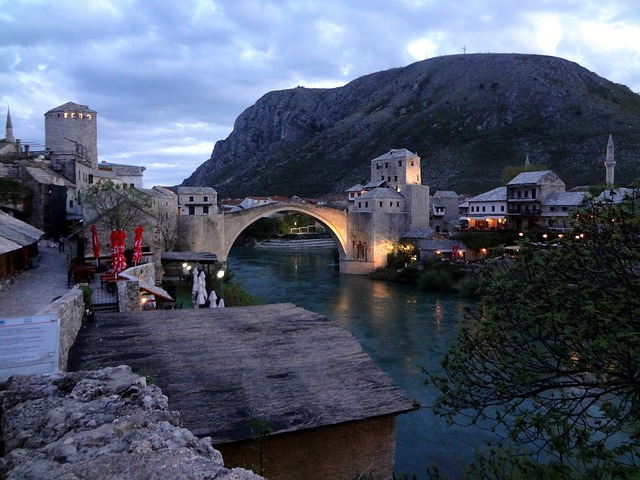 Pollution in the Western Balkans is among the most pressing global crises today. The antiquated industrial technology and inadequate environmental legislation in Western Balkan countries (WBC) results in substandard soil, air and water quality. According to the UN Environment Programme, Bosnia and Herzegovina is now the second deadliest nation in the world in terms of air pollution. The U.S. Embassy in Sarajevo recorded the air quality index (AQI) of 383 in 2018 — nearly ten times the average and a level categorized by the World Health Organization (WHO) as a threat to health. Radio Free Europe/Radio Liberty reported that in 2018 two North Macedonian cities, Tetovo and Skopje, were identified by the European AQI as Europe’s most polluted cities. Kosovo’s capital, Pristina, topped the 2018 list of the world’s most polluted cities with an AQI of 415. Pristina is classified as having worse air quality than Beijing and New Delhi, and other towns throughout Kosovo are following suit.

The Cost of Coal

Pollution in the Western Balkans results from thermal power plants and open-cast lignite mines — lignite being the most toxic coal pollutant.

In Tuzla, Bosnia and Herzegovina lies the country’s largest thermal power station. Burning lignite generates power, producing electricity. Tuzla’s plant, located across from a school, releases 51,000 tons of sulfur dioxide and other pollutants annually. This cheap electricity (run by a state-owned company) is seen by officials as an economic opportunity and is exported to neighboring countries, but residents know that the price is not worth the cost.

Each year Bosnia and Herzegovina loses the equivalent of 44,000 years of life from particulate matter (PM), nitrogen dioxide — like that produced in Tuzla — or ozone pollution. PM pollution in the Western Balkans causes respiratory and heart diseases, cancers, etc., and increases water acidity, soil depletion and crop damage.

Tuzla’s coal towers use filters that, when expired, are disposed of at designated sites. Winds blow the filters’ collected ash onto nearby homes. The power plant employs large amounts of water to pump waste ash and coal slag into huge landfill sites, resulting in swampy farmlands. Heavy metals from the waste discharge into nearby rivers, while anti-clogging chemicals added to pipes turn flooded areas a fluorescent blue color.

Tuzla, once Bosnia and Herzegovina’s largest producer of roses, is now a toxic swamp coated in ash. Reports state that pollution has reduced Tuzla’s population from 500 to approximately 30 residents.

Kosovo’s story is no better. A 2016 environmental study stated that impacts of Kosovo A and B lignite power plants total €352 million in health costs annually, with Kosovo A ranking as the biggest emitter of PM2.5 in the Western Balkan region. PM2.5 is small enough to enter the bloodstream and pulmonary alveoli.

In Bitola, North Macedonia, the area surrounding its thermal power plant and ash deposit are significant generators of PM10 and PM2.5. The European Environmental Agency’s air quality report states that North Macedonia has the highest annual mean value of PM2.5 in all of Europe — approximately three times more than the WHO’s recommendations. The World Bank estimates 1,350 North Macedonians die yearly from air pollution.

According to the WHO, Bosnia and Herzegovina’s air pollution costs the country more than one fifth its annual GDP yearly in lost work and school days, fuel costs, etc. In WBCs, school terms are shortened and many residents flee their homes, especially during winter when dense smog blankets cities and towns impairing visibility and worsening breathing. The World Bank reports that North Macedonia loses around 3.2 percent of its annual GDP to pollution.

The latest report on European air quality cites a steady improvement throughout Europe, except in WBCs where air quality steadily declines.

North Macedonian authorities claim the country’s extreme pollution results from the use of old vehicles and wood-burning stoves. Pristina’s officials claim heavy traffic as the main cause of its pollution and have imposed traffic restrictions. The North Macedonian government also claims chemical analyses and pollution studies are underway, but no reports have been published.

WBCs’ disregard for the UN’s and WHO’s warnings and EU regulations is reaching new heights via Chinese-backed investments in new coal-fired power plants throughout the region. These expansion plans, along with the refusal to admit responsibility and lack of emergency planning, are outraging citizens who have taken to the streets in protest.

International Response to Pollution in the Western Balkans

UN agencies are installing and refurbishing air quality monitoring stations equipped with real-time data throughout Bosnia and Herzegovina. A WHO initiative is using software to provide data pertaining to air pollution types and their related health effects, hoping to drive government response policies. This transition will slash emissions by more than 90 percent, saving nearly €1 million in fuel costs annually.

The North Macedonian government launched an initiative to fight its air pollution and allocated €1.6 million for the program in its 2019 budget — aiming to reduce Skopje’s air pollution by 50 percent within two years through tax incentives for central heating and stricter industrial emissions controls. Activists say the government’s response and funding is inadequate and insufficient.

A joint effort by affected governments could combat pollution in the Western Balkans and aid in enacting stricter emissions control legislation of the Energy Community Treaty. There is hope on the horizon as Energy Community Contracting Parties, North Macedonia and Kosovo, have signed a 2019 Memorandum of Understanding on the Energy Sector. Their intention is to share developments, revive electricity interconnection lines and construct a gas interconnection between Skopje and Kosovo.