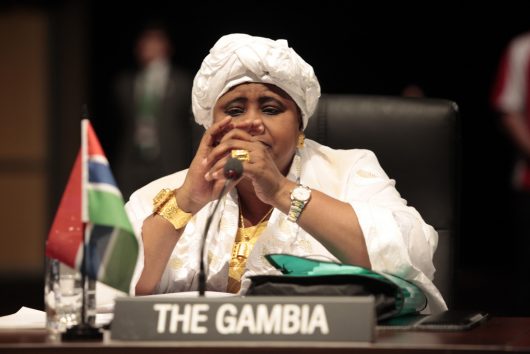 On December 1, President Yahya Jammeh lost his reelection campaign. Jammeh has been the figurehead for politics in the Gambia for 22 years. Since the election, Jammeh has gone from accepting the results to now challenging the results in the Gambian courts. So far the court has not been able to hear his appeal due to a number of absent judges on the deciding committee.

His challenger, Adama Barrow, is a former real estate agent that has never held political office. He plans to put a stop to government persecution and wants to focus on rebuilding the Gambian economy. He plans on investing in many industries that are needed but will focus largely on growth in Gambia’s technology sector.

Since Jammeh has assumed power through a 1994 coup, politics in the Gambia have been a dangerous business. Many Gambians are hopeful for the first time in 22 years. A number of exiled Gambians are reporting their optimism for the future and their intention to move back home. Many were exiled journalists who fled the country to avoid further torture and harassment by the Gambian government.

One such exiled man, Musa Saidykhan, was tortured with electroshocks, bayonets and chains for three weeks. He was accused of publishing a false story and having an affiliation with a failed coup years prior. He was never charged with any crime.

Sait Matty Jaw has a similar story. He was conducting a Gallup survey on human rights when he was suddenly arrested by government agents who imprisoned and charged him. He was eventually acquitted but the government appealed the decision to the court. Jaw felt he was no longer safe in his country and fled to Europe.

According to Al Jazeera there are no concrete numbers on Gambians living in exile. But one group, the Doha Centre for Media Freedom, concluded that at least 110 journalists have been exiled since Jammeh took power.

Jammeh’s resistance to relinquishing power is not being welcomed by his west African neighbors. The Economic Community of West African States (ECOWAS) has stated they have troops on standby prepared for military action if Jammeh does not leave power by January 19 when Adama Barrow is set to take office.

Maggie Dwyer of the Centre of African Studies at the University of Edinburgh believes that the election challenge “buys Jammeh more time and places pressure on ECOWAS to broker a deal.”

On December 20, in a television announcement, Jammeh said “unless the Court decides the case, there will be no inauguration on the 19 January. And let me see what ECOWAS and those big powers behind them can do.”

Gambians within the country and abroad will be looking forward to the decision by the court and the response by ECOWAS and the West. Dwyer states “Nearly all prominent organizations in the Gambia and the UN, AU, ECOWAS, US and more are unlikely to back down on their calls for Jammeh to concede defeat.” Many people will be looking forward to the closing of the Jammeh chapter in Gambia’s history and will be expecting President-elect Barrow to move politics in the Gambia forward in the right direction.