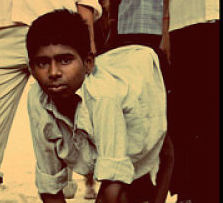 The widespread strategic implementation of polio immunization has reduced the number of reported cases by 99% since 1988. However, as long as there are countries where polio immunization is not widespread, there is a significant risk of this highly contagious virus exploding. The World Health Organization reports, “[failure] to eradicate polio from these last remaining strongholds could result in as many as 200 000 new cases every year, within 10 years, all over the world.” The strongholds referred to are some of the poorest and most dangerous countries in the world: Afghanistan, Nigeria and Pakistan.

Anyone can be a symptomless carrier. The infection can be spread without notice through person-to-person contact to thousands before the first case of polio paralysis emerges. The disease enters through the mouth and multiplies in the intestines. The virus is then excreted into the environment and spread through contaminated food and water. Flies are also suspected to transmit the virus.

A global action plan to eradicate polio calls on donors to make a down payment of 5.5 billion dollars which would take us to the 2018 end game. Another 1.1 billion dollars will keep the world polio-free for the foreseeable future. Compared to the 527.5 billion dollar US Department of Defense budget for 2013, this is a drop in the bucket that quantifiably improves human security. Defend our children from polio. Make total polio immunization a reality.