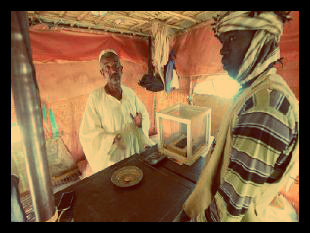 The growth story in Africa is remarkable and continuing to catch the attention of the global economy. Emerging markets are investing in Africa at rates that are quickly outpacing developed markets.  A sign that business prospects are good and the emerging markets that were just recently at the beginning of growth are making big enough strides to begin investing in other markets.  Africa is working hard to reduce poverty and a growing middle class is catching the attention of markets and companies ready to expand their potential for growth.

Despite a drop in the number of new foreign direct investment projects globally, Africa was able to see growth to 5.6 percent in 2012 in their share of direct investment.  Ernst and Young’s 2013 Africa Attractiveness survey notes an increase in investments from China and the United Arab Emirates. The UAE has also recently announced key partnerships with governments on the continent to continue the relationship between African development and UAE investment.  While the United States, Britain, and France have typically been the biggest investors in Africa, only the UK showed increased project numbers in 2012. Investment projects from China grew 28 percent over the same time period.

From 2007 to 2012, investment from emerging markets into Africa grew at a rate of over 20.7 percent while investment from developed markets grew at only 8.4 percent.  The numbers tell the story of a shift in investment and interest in the continent of Africa.  The story of African growth and development is real and backed by Ernst and Young’s Managing Partner for Africa. The potential for growth in the next 10 to 20 years is bigger and what was once considered a desolate, poverty-stricken continent is fast emerging as a story of hope, poverty reduction, and growth in purchasing power.

There is still much work to be done in Africa and those concerned with development must still keep an eye on those living on less than $2 a day. But in terms of initial success, Africa is one continent to cheer for.