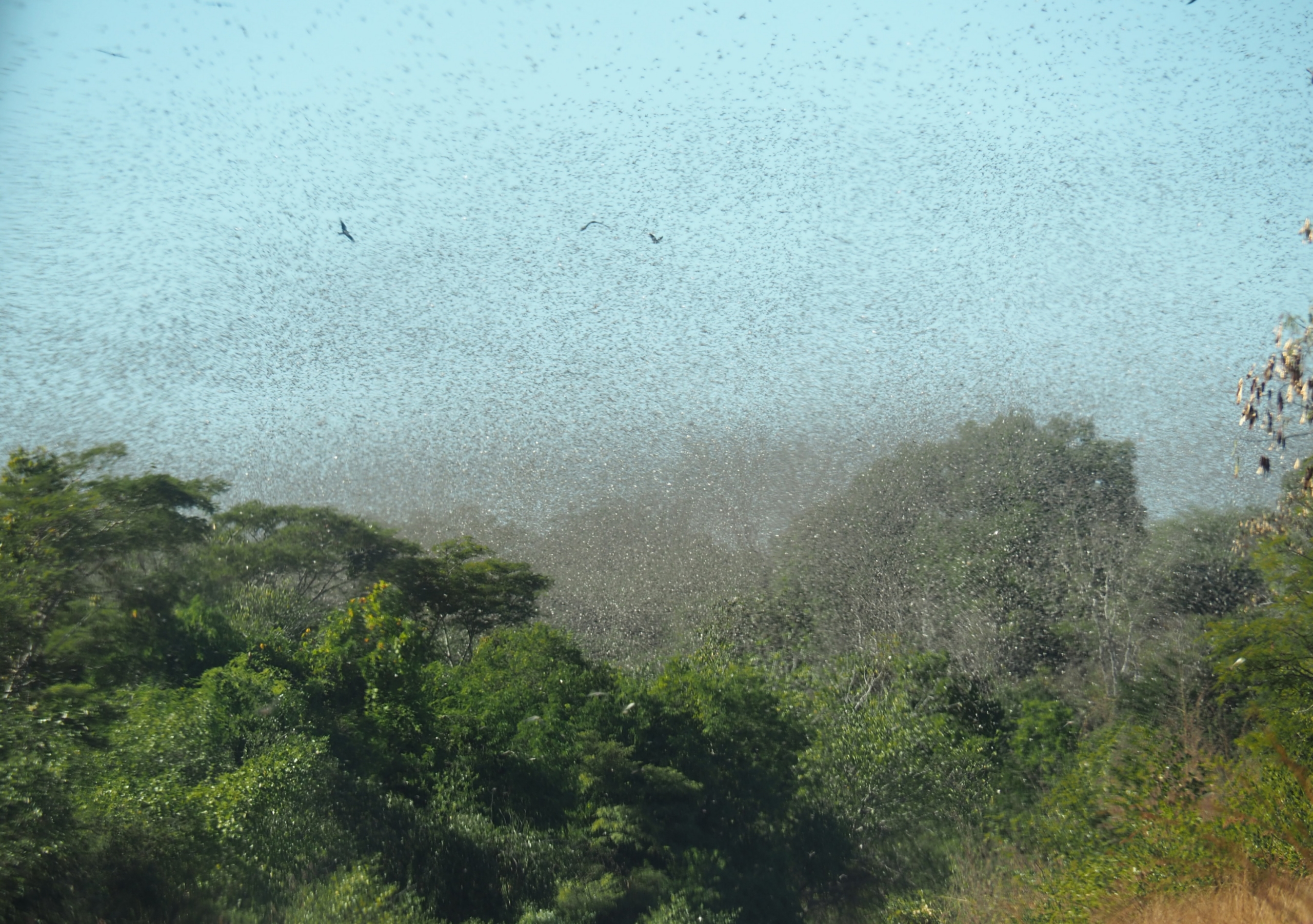 Kenya and other nations in East Africa are under siege from a plague of billions and billions of locusts “in numbers not seen in generations,” according to the Washington Post. The locusts are from Somalia and Yemen, where conflict inhibits governments from stopping the locusts’ breeding. Meanwhile, climate change has caused unseasonable rains in East Africa, which is in the locusts’ migration path, the destination of which is lush feeding grounds further inland. Here is more information about the plagues of locusts in Kenya.

The desert locusts have been a problem for East Africa since the beginning of 2020 if not sooner. The U.N. anticipates that the problem will worsen by the summer. Specifically, some project the number of locusts to multiply 500 times by June 2020. This is the greatest locust threat that Kenya has experienced in the last 70 years, and the U.N. fears that more countries are at risk too.

The Causes of the Plagues of Locusts in Kenya

The plague of locusts is due to a confluence of factors, namely climate-change-related events and armed-conflict, which exacerbated the issue. The locusts, which first ravaged the arid counties of Mandera and Wajir in north-eastern Kenya, came from Ethiopia and Somalia.

The weather in Kenya and elsewhere in the region has been unseasonably wet and hot due to climate-change-related cyclones in the Arabian Peninsula in May and October 2018. These conditions are perfect for generations of locust eggs to breed and hatch.

Climate change has worsened the locust problem because it has caused the warming of the Indian Ocean. This is responsible for increased and more severe tropical cyclones in the area. Furthermore, the warm temperatures aid the locust eggs in hatching and the winds help the locusts to spread. In addition, people cannot spray insecticide to control the locusts while it rains.

The most devastating effect of the plague of locusts is that it threatens the food security of the Kenyan people and the surrounding sub-region of Africa. The U.N.’s Food and Agricultural Organisation (FAO) considers desert locusts to be one of the most dangerous flying pests because they can fly long distances and thus migrate in a short period of time.

Each locust can eat its own weight in food every day, so when a swarm the size of Luxembourg descends upon Kenya, that is a huge problem. In fact, that number of locusts can eat the same amount of food as 10s of millions of people. The plague of locusts is a threat to the Kenyan economy, which is dependent on its agricultural exports. In 2019, the agricultural sector made up 26 percent of the country’s GDP. Due to these economic problems, Kenya’s currency could depreciate, which would be catastrophic.

The U.N.’s FAO has called on the international community to provide aid to “avert any threats to food security, livelihoods, malnutrition” from the unprecedented and devastating swarms of locusts. According to the FAO, aerial control, meaning insecticide that an aircraft sprays, is the only way to deal with the locusts, which local and national authorities have not been able to adequately deal with.

Kenya and other nations in East Africa are facing a perfect storm of climate-change-related weather events and conflicts in surrounding countries that have led to an unprecedented plague of locusts with the potential to cause famine. This locust plague is evidence of how climate change causes real damage to humans, most frequently from developing countries. Thus, the world must address the root cause of climate change to prevent catastrophic events like this from happening in the future.