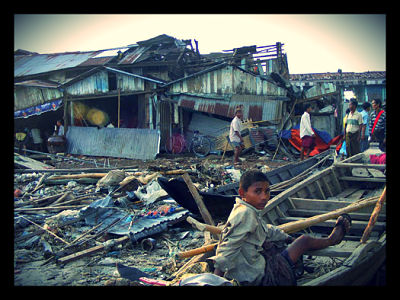 In recent years, Myanmar has achieved a relative state of peace. The first civilian administration in 50 years has been marked by an array of golf courses, updated infrastructure, overall poverty reduction, and ethnic diversity.

Nearly twelve ethnic groups inhabit Myanmar, each with its own militia. Contrary to the suggestion of added security, the atmosphere is tense with potential violence between the various groups and drug operations in the region.

Opium production in the region has experienced an annual increase with a 26% increase between 2012 and 2013 alone. But eradication has proven impossible as each ethnic group maintains its own agenda and interest. While flare-ups between groups has decreased in the region, violence continues to erupt sporadically.

In addition, the illegal industry continues to gain profit as poor rural citizens lack means of legal financial gain. The majority of inhabitants on the country’s borders live on farms, earning income through opium cultivation. Government assistance in education and healthcare are lacking, inciting organizations like UNICEF to establish programs in the region.

Since declaring independence in 1948, Myanmar has benefited from UNICEF sponsored programs involving healthcare, nutrition, sanitation, education, and other child centered programs. The past five decades have seen increased enrollment in primary schools, longer life expediency from HIV infected women and children, an increase in literacy rates and a decrease in media censorship.

Despite the continued aid, the majority of its inhabitants continue to live in poverty in the new democratic state. Nearly 70% of rural inhabitants live in poverty while an estimated 26% of city dwellers struggle financially. Only 26% of the 59.1 million inhabitants have access to electricity, leaving many to rely on firewood.

But hope is not lost. The government hopes to reach a cease fire agreement between ethnic groups. Officials hope that peace will bring long term stability to the region and cooperation to all groups involved. With the participation of all parties, the administration aims to reach a general consensus on the future of the country and its people.