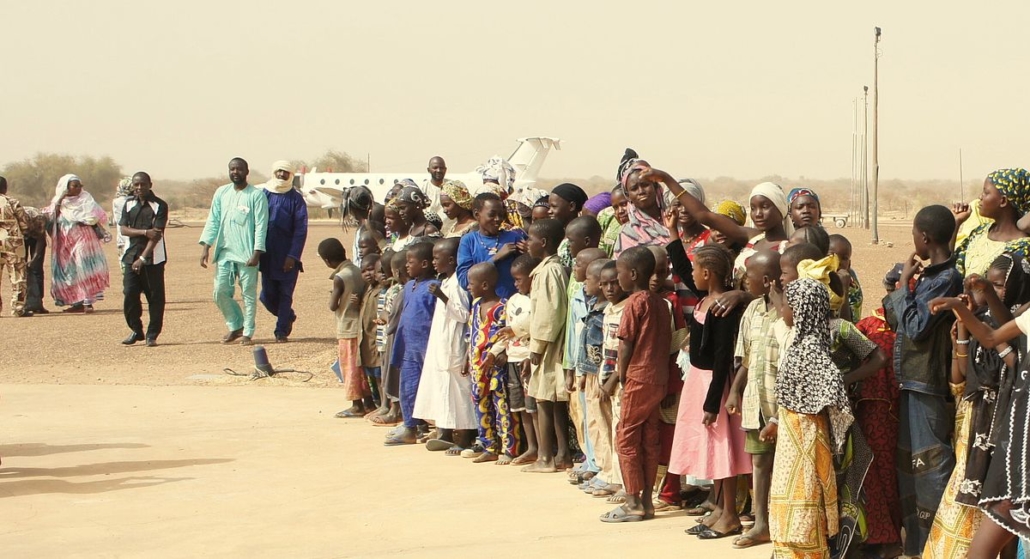 The Agreement for Peace and Reconciliation between Malian parties and Algeria-led Mediation Team was signed in early May 2015 in Mali’s capital city Bamako. The spokesperson for the United Nations, the Secretary-General Ban Ki-moon, implored Malians to reinstitute peace in Mali and anticipate a long-lasting ceasefire. On 20 June 2015, a member of the Arab Movement of Azawad, Sidi Ibrahim Ould Sidati, signed his name to the amended version of the Algerian Accord on behalf of the Coordination of Azawad Movements (CMA) in the presence of northern Mali’s community leaders and international sponsors.

According to Ban Ki-moon, the official signing of the Agreement for Peace and Reconciliation was 15 May 2015. The Agreement received a signature from the CMA on 20 June. Pleased with the addition and recognition from CMA, a coalition of armed groups, Ki-moon wants to remind participants that Mali and Malians must adhere to reconciliation efforts and ensure accountability to maintain promising endeavors toward peace.

The Secretary-General’s statement in Bamako reassures Mali that the United Nations supports both parties under the enactment of the Agreement. Ki-moon congratulates the parties and their momentous achievement toward securing peace. He also recognizes the neutral amity expressed by the text of the document.

Conflict has stirred unrest since the 1960s as Tuareg rebel forces fought with the Malian government over discourses relating to ethic discrimination and misrepresentation. The modified Algerian Accord has aligned Mali’s President Ibrahim Boubacar Keita with Mahamadou Djeri Maiga, vice-president and spokesperson of the Transitional Council of the State of Azawad.

Mahamadou Djeri Maiga, a senior member of CMA, feels mediation tactics are close to resolving divisional conflicts between northern and southern Mali. The nation wants peace for each side of the conflict. The purpose of the Algerian Accord is to revitalize the country’s north, which stationed Tuareg revolts against governmental forces.

The Accord’s connections aim to mend national struggles with diversity and radical Islamist movements. Both aspire to end turbulence altogether with the Accord standing in good-conscience with the Agreement for Peace and Reconciliation.

CMA was waiting for amendments to the Accord until 5 June. Marking their commitment to the Accord required provisions that will allow Tuareg armed groups to create partnerships with security in the north and grant representation for northern inhabitants in governmental institutions. As of 19 June, unity in Mali provokes members of the coalition to withdrawal from the town Menaka.

The mistrust began in 2012 when censure formed against southern sub-Saharan groups for not upholding the interest of northern factions. Tuareg separatists confiscated several northern towns and cities before Al-Qaeda radicals further exploited hostility. The Islamist radicals were overthrown by French military efforts.

The gap between the north and south deepened with nearly five hundred thousand seeking refuge in other countries according to UN Office for the Coordination of Humanitarian Affairs (OCHA) monitored by Jens Laerke. The ceasefire, known as the Ouagadougou Preliminary Agreement, was reinstated on 23 May 2014 to end hostilities in Kidal. Rebelling armed groups break the original contract by carrying out militaristic and administrative positions of power in several towns.

Albert Gerard Koenders, Special Representative of the Secretary-General for Mali, and Abel Aziz, Mauritania’s President and current Chairman of the African Union, pledge to end the hostility. Armed groups who originally applied their signatures to the document agree again to a ceasefire as humanitarian conditions worsen when attacks against UN Multidimensional Integrated Stabilization (MINUSMA), the Malian government forces and France’s Operation Serval amplify.

Nearly 400,000 original inhabitants returned to the north since the signing of the Ouagadougou Preliminary Agreement. The will for peace is evident with miles still to trek. Mahamadou Djeri Maiga will continue to scan for evidence of positive results on the ground after the signing. In the meantime, Ki-moon hopes the Agreement for Peace and Reconciliation is an inspiration to others in the political process.