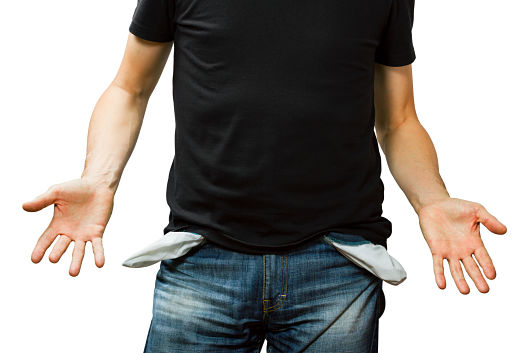 If you are already poor and lacking cash, how do you pay for medical treatment? The answer is that there is a sizable chance that you cannot. In the United States, the biggest cause of bankruptcy is healthcare expenditures; in other words, people cannot pay their medical bills. What does this mean for countries who are not as well off as the United States?

In a country such as the United States, which is a rich, industrialized nation, a large number of people cannot afford medical treatments in part because of the soaring medical care costs and in part due to the system in place. Part of the problem, both in America and abroad, is that without insurance the out-of-pocket costs for healthcare can be huge. Being confronted with a huge lump sum to be paid after a medical service or good is received is often incredibly stressful and hard for many people. It strains the financial resources of the immediate family and leaves them having to decide between basic necessities and medical care–a choice no one should ever need to make. This effect is inevitable for the impoverished. It is already hard enough to save any money at all, let alone have an emergency fund for medical expenditures.

Novartis attempted to launch a new model of distributing and financing business with poorer families in India to address many of the concerns with existing healthcare distribution and payment systems. For example, to decrease the burden of out-of-pocket healthcare costs, Novartis began to distribute over-the-counter drugs in daily or multi-day packs rather than in larger quantities. This may seem trivial, but it actually began to work and eventually even turned a profit for the company–proving it to be a sustainable model. It worked because it allowed the out-of-pocket costs to be spread over a longer period of time for those who needed the drugs over multiple days or weeks while allowing those who only had a temporary need to get a quantity that fit their need most directly (one or two pills versus a large pack that cost much more). This benefits the people not only financially, but also physically. By distributing in smaller amounts and for proportionately smaller costs, this increases the likelihood that a sick person would seek to obtain medical care, knowing that the costs would be lower for sicknesses requiring only one or two pills to treat.

The Novartis example still doesn’t quite answer the question of how the poor pay for the healthcare costs they incur. The answer is that in many cases the poor will pay costs out-of-pocket, and endure financial hardships to do so. Another, possibly even worse method is to sell assets or borrow money to pay for the costs of healthcare. A study that looked at low- and middle-income countries that accounted for over 3 billion people found that approximately 25% of households borrowed money or sold assets to cover healthcare costs. While paying out-of-pocket is bad, needing to sell household items or borrow money can lead to even greater financial hardships over a longer period, in many situations.

Many developing countries lack the proper health infrastructure to provide for their populations at a reasonable cost that the local populace can afford. Even some developed countries such as the United States have trouble with these issues. The industry of healthcare is a complicated problem that involves a twisted entanglement of economics and human well-being in its most literal form.