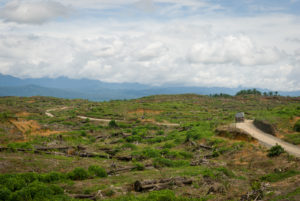 One can find palm oil in most U.S. packaged products. Indonesia was the top palm oil exporter in 2019 with a record output of 36.18 million tons, making this resource a significant contributor to economic prosperity. However, meeting the high demand for palm oil has taken a toll on the country’s social and natural environment. Here is some information about palm oil production in Indonesia.

The Need for Palm Oil

The market for palm oil quickly became robust following a rise in boycotts of trans fats in packaged food items. Many companies previously utilized trans fats to extend products’ shelf lives, but discoveries of their associated health risks in comparison to other vegetable oils led to a worldwide shift toward safer alternatives like palm oil. Palm oil is cheaper to produce and buy than other oils, costing roughly $2 per 2.2 pounds. Although its low price is certainly beneficial, the heavy demand for palm oil has harmed plantations workers and forest regions.

Deforestation and Reduction of Biodiversity

Indonesia is the largest exporter of palm oil, producing approximately half of the global product. Palm trees are highly efficient, so growers can produce palm oil quickly and in large volumes. Still, the deforestation that is necessary to expanding palm oil plantations is devastating to forest areas and wildlife. Global Forest Watch stated that between 2001 and 2018, Indonesia lost “26 million hectares (Mha) of the forest,” leading to a 25% deforestation rate — the highest in the world. This land clearing releases carbon into the atmosphere, causing wildfires that reduce biodiversity to a mere 15%.

To accommodate the growing palm oil industry, many indigenous people had to leave their homes. In addition to losing their shelters, these individuals have lost rights to their land, culture and resources. The Human Rights Watch carefully inspects the devastation that many native families experience.

Local workers within the palm oil industry have experienced a burden from long hours and little pay, sometimes working overtime without proper compensation. For females, the gender divide makes conditions even worse: these workers usually do not receive paid contracts, meaning their labor is abused. Despite a minimum wage requirement set in 2017, women receive 66,000 rupees ($5) a day. Their male counterparts obtain nearly 100,000 rupees ($7.50) a day. Additionally, women often work in maintenance management where they work with harmful pesticides and chemicals, predisposing them to more health problems than men. The accumulation of these negative conditions perpetuates the cycle of poverty for many Indonesian palm oil workers.

Palm oil production in Indonesia generates nearly $18 billion annually in foreign exchange, a significant benefit to the country’s economy. In comparison to other vegetable oils, palm oil is the most sustainable, efficient and versatile option. Despite the deforestation that has destroyed much of Indonesia’s forest area, palm oil production remains more environmentally friendly than any of its alternatives. Even with a substantial gender pay divide, the industry lifts locals out of poverty by providing over 4.5 million jobs.

The Asian Agri’s One to One Commitment has helped local palm oil farmers develop smallholder partnerships since 1987, with the ultimate goal of improving land productivity. Independent smallholders often lack access to the newest technology or industry standards. Asian Agri creates partnership opportunities to assist these local farmers keeping their protocols as effective as possible. The One to One Commitment has boosted the efficiency of palm oil farms, improving incomes and living standards for thousands. Given the palm oil industry’s overwhelming success, Asian Agri’s investment in local stakeholders provides hope for the future of palm oil production in Indonesia.

7 Ways Ghana Has Developed Its Technology to Produce SolutionsPoverty in Nepal: 4 Affected Groups
Scroll to top