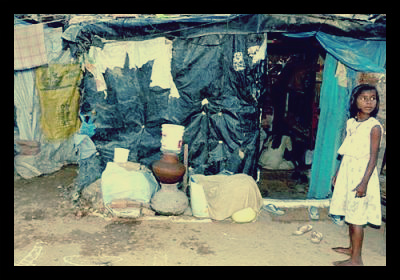 According to the Oxfam Report on this year’s global poverty statistics, eighty-five of the wealthiest people in the world have the same amount of money as three and a half billion of the world’s poor. This enormous difference in wealth and status severely impacts how economies function especially in the light of the billions living on less than two dollars every day.

A disconnect in resources this large can be a danger to the entire economic system in society because too few people are controlling the businesses and market share, making it more difficult for those struggling with miniscule wages to climb any higher than their current status.

While the situation of overall poverty in the world has decreased, it is still having a huge negative impact in people’s lives. The World Economic Forum published a Global Risk Report for the year of 2014 that shows a similar statistic about the eighty-five individuals controlling the same amount of wealth as over three billion poor.

Inequality like this leads to an imbalance of power and stability; political corruption, domestic violence, unlivable working conditions are all risks posed via inequality.

The World Economic Forum’s report looks critically at reasons and solutions for all of these kinds of inequalities in every nation. A great point brought up by the report is the concept that global poverty, hunger, water contamination and more are all intertwined in the way they affect the world. Starving children in Africa, political tyranny in Iran, illness and disease in the Philippines all have after-effects that ripple out and generate real consequences for their foreign neighbors.

Both the Oxfam Report and the Global Risk Report address this damaging gap of incomes between the rich and poor. One of the ways suggested to fix this issue was tax daily transactions that are made across the globe.

UNITAID was a project hosted by the World Health Organization that put a small tax on international flights and donated the proceeds to HIV/AIDS medicine. Large amounts of money can be garnered through initiatives like UNITAID that make a true dent in global poverty and assisting people in need.

Creative ideas that benefit those fighting in the poorest countries and not the wealthy one percent is the reason why innovation will be part of the solution to solving global poverty.