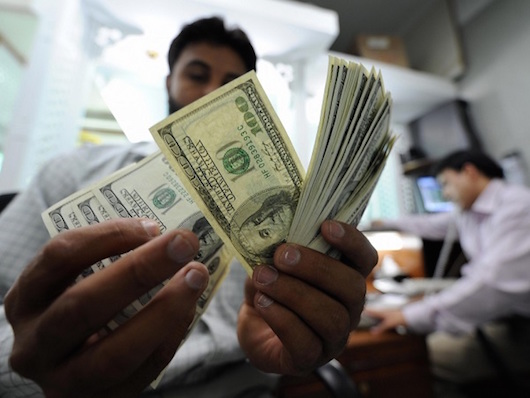 The expanding remittance market is one indicator of our increasingly globalized world, and with it comes the need for easy and convenient overseas money transfers.

Ismail Ahmed experienced this necessity firsthand. While studying in London, Ahmed faced a time-consuming process each time he needed to send money to family in his native Somalia. To facilitate this process, he founded WorldRemit.

According to his website, money transfers that would have taken hours reduces to three simple stages: selecting a country, adding recipient details, and sending the money. Senders and recipients are notified by email or SMS when a transfer has been received.

Money can be sent to bank accounts or for cash pick-up as well as through Mobile Money service and mobile airtime top-up.

According to Debbi McCullough from The Guardian, the increased rate of global migration places a higher demand on more rapid, cost-efficient transfer services like WorldRemit.

Globally, the World Bank estimates that one in seven people are either an international or internal migrant. Remittance flows to developing countries are projected to increase 8.4 percent in 2016 (reaching up to $516 billion in total).

Despite these increases, remittance fees in some countries still remain as high as 29 percent. Furthermore, the process of “[traveling] to an agent location, [standing] in line, [filling] out forms” and more creates a sense of unnecessary tedium, says McCullough.

While online transactions raise the question of security, Ahmed assures that “[sending] money through WorldRemit is extremely safe.” Partner companies are held up to high security and data protection standards.

Though most of its main offices are based in London, WorldRemit continues to expand. In early 2015, it opened up its first U.S. office in Denver, Colorado.

For those who need to send money, WorldRemit is currently available for use in 50 countries. Recipients live in up to 120 countries throughout Europe, Asia, Africa, Australia, North America and South America.