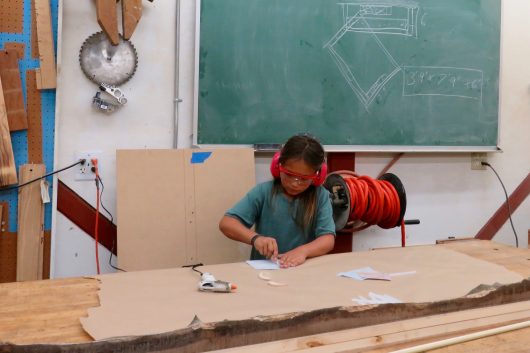 In 2012, Battushig Myanganbayar, a boy from a Mongolian village, became one of only 340 students out of 150,000 to earn a perfect score in an MIT Circuits and Electronics class. That class was the first Massive Open Online Course — a free mode of accessible international online education offered at MIT.

Stories like Myanganbayar’s are certainly inspiring, but access to online education in developing countries isn’t the norm. Most MOOC users are educated, wealthy and employed. However, MOOCs present incredible opportunities to students around the globe. Consequently, the United States Agency for International Development (USAID) and EducationUSA have taken the initiative to raise awareness about and increase access to MOOCs and online education in developing countries.

USAID partnered with Coursetalk in 2014 for the Advancing MOOCs for Development Initiative (AMDI) to raise awareness about MOOC opportunities in populations that could benefit from them the most, such as unemployed and uneducated women. Through establishing relationships with NGO, college, university, business or foundation communities, USAID will work toward increasing enrollment in MOOCs in developing countries.

The Technology and Social Change Group (TASCHA) at the University of Washington’s Information School and nonprofit development organization IREX are also involved in the initiative to help conduct research in Columbia, the Philippines and South Africa.

Another organization called EducationUSA — a network of student advising centers to support higher education around the world — is bringing educational opportunities into the classrooms of students who wouldn’t have access to them otherwise. Through the support of the Bureau of Educational and Cultural Affairs, EducationUSA has hosted impactful MOOC camps hosted by Fulbright alumni and U.S. embassy staff. MOOC camps are free, open to the public and occur in more than 60 countries.

MOOCs have pros and cons. The largest complaint about MOOCs is that it could be considered “cultural imperialism” that stunts the growth of a country’s organic progress. Some argue that bringing elite education from the developed world offers a short-term solution to a select group of people in the developing world. As a result, MOOCs inhibit the progress of the long-term goal to improve a country’s education system.

Despite the obvious downsides to MOOCs, one might consider them a temporary necessary evil. One key example where this is true is Kepler University in Rwanda that combines online learning with in-person seminars. Eventually, graduates from Kepler will go on to be the well-prepared educators for the next generation as well as innovators and politicians who are integral to the development of Rwanda.

In support of online education in developing countries, Bill Gates has said that he believes in a “future in which world-class education is only a few taps away for anyone in the world.” With the rapid growth of MOOCs and the support they are receiving from U.S. foreign aid programs, it looks like the future is now.