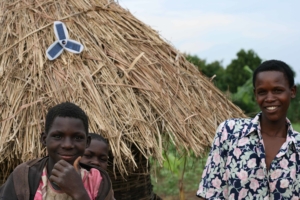 Uganda is a landlocked country located in East Africa. Poised to be a significant oil-producing country, Uganda has an estimated 6.5 billion barrels worth of oil reserves in its territory as of 2014. Nevertheless, Uganda’s government is looking to diversify its energy portfolio by investing in nuclear energy in Uganda. In doing so, Uganda could set a precedent for the future where sub-Saharan Africa derives significant power from nuclear energy.

Support From the International Community

Along with gaining the help of the Russian Federation, Uganda has received significant support from China. On May 11, 2018, Uganda signed a memorandum of understanding with the China National Nuclear Corporation to help Uganda build the capacity to use atomic power for peaceful energy-related purposes. With both Russia and China looking to bring nuclear energy to Uganda, Uganda could set a precedent for other sub-Saharan nations to receive international help in developing nuclear-based energy infrastructure.

The Potential of Sub-Saharan Africa

While Uganda is not the first country in sub-Saharan Africa to receive international help in developing infrastructure, it is unique in being one of the only countries in the region to receive aid specifically for nuclear power. The only others are Kenya and South Africa.

After Uganda received help from Russia and China to build a nuclear power plant, many other sub-Saharan African nations developed energy-based initiatives of their own. For example, for years now, the Democratic Republic of the Congo has discussed plans for the Grand Inga hydroelectric power project that would supply energy to millions of people along the Congo River. In June 2021, the Congolese government chose “Australia’s Fortescue Metals Group to develop all six phases of the Grand Inga hydroelectric power project,” African Energy reported.

By looking to nuclear power as a  source of renewable energy to help electrify the nation, Uganda could inspire other sub-Saharan African nations to do the same. Considering that access to electricity in sub-Saharan Africa stood at 48% in 2020, according to the World Bank, these initiatives hold significant importance.

Because the 2021-2022 global energy crisis is disproportionately affecting the region through increased oil and gas prices, the construction of renewable power plants, such as nuclear facilities In Uganda, could pave the way for a better future.