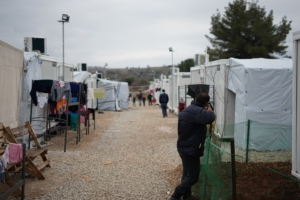 The Costs of Conflict, Violence and Military Intervention

In March 2011, the North Atlantic Treaty Organization (NATO) led a multi-state coalition in response to conflict escalation in Libya. To curb violence and human rights violations in line with the ‘Responsibility to Protect’ norm, NATO created a no-fly zone followed by air strikes. According to a 2012 Reuters report, NATO coordinated “26,000 sorties including some 9,600 strike missions and destroyed about 5,900 targets before operations ended on October 31.”

To terminate the rule of Saddam Hussein and abolish weapons of mass destruction, U.S. forces began the invasion of Iraq in 2003. The U.S. saw success as troops captured Hussein and the last U.S. troops exited Iraq in December 2011. The nine-year conflict cost the U.S. Treasury $800 billion and led to more than “4,700 U.S. and allied troop deaths” along with the deaths of more than 100,000 Iraqi people, highlighting the human and material costs of military intervention and war.

Kosovo was once a province of the Federal Republic of Yugoslavia, which currently consists of today’s two states, Serbia and Montenegro. The Kosovo crisis escalated in early 1998 upon Kosovo’s desire for sovereign autonomy from Yugoslavia. With Kosovo’s mixed population of Albanians and Serbs, clashes between the ethnic Albanians and ethnic Serbs took place and the Yugoslav government took a firm stance against the Kosovo Liberation Army, a rebel Albanian group. The crisis led to displacement and death, prompting NATO’s intervention.

While the total scope of collateral damage remains unacknowledged, Human Rights Watch reported 72 civilian casualties as a result of aerial strikes that NATO carried out in Libya in 2011. The number of internally displaced persons fluctuated throughout the intervention period, and by late 2011, the number stood at a minimum of 154,000 people, highlighting the profound implications of military intervention on human welfare.

A month after the intervention ended, The New York Times carried out investigations in Libya’s capital of Tripoli along with several other sites and findings show ramifications on civilian infrastructure. The airstrikes led to the destruction of residential and commercial buildings and many people suffered injuries, unable to access health care amid a chaotic political atmosphere.

However, the benefits of foreign aid outweighed military intervention as it helped restore social and economic order within Libya during and following the crisis. Since 2011, USAID has facilitated the delivery of social services, development and humanitarian support in Libya in an investment valued at more than $900 million.

For instance, in June 2011, to “build an inclusive and peaceful democratic future that reflects the will and needs of the Libyan people,” USAID’s Office of Transition Initiatives allocated $12.2 million. The program goals included conversations to unite together Libya’s community leaders in creating “strategies to mitigate conflict and promote reconciliation” and public outreach initiatives to keep locals up-to-date on information about Libya’s transition process.

In 2012, USAID provided grants to build a computer center in the Mafqood Center for Missing Persons “where families from all sides of the conflict will receive training on advocacy using social networking and online media.” According to USAID, the center’s goal is to stand as “a sanctuary for families to seek solace and comfort” as well as “a platform from which the families can form a unified voice to tackle the legal and social issues they face.”

The U.S. military invasion led to several human rights violations as detailed in the accounts of abuse and torture in the Abu Ghraib prison, a U.S. army detention center that housed around 3,800 detainees from 2003 to 2006. Graphic photos of males and females show acts of torture, humiliation and assault. This led to charges against 11 U.S. military authorities, according to CNN.

Through the Iraq Relief and Reconstruction Fund, U.S. Congress allocated $2.5 billion in 2003 to ease acute suffering in areas relevant to food security, water and health care. Later that year, an additional $18.4 billion went toward general reconstruction projects. By February 2006, Congress distributed $10.5 billion of the $18.4 billion for “security, economic and political” initiatives. The economic benefit of such foreign aid is visible in the nation’s gross domestic product, which rose from “$18.9 billion in 2002 to $33.1 billion in 2005,” signifying an improved standard of living.

NATO nations endured a cost of £2.5 billion over 78 days while dispersing “more than 23,000 bombs and missiles” in Kosovo. On the first day of the conflict alone, NATO “launched more than £44.4 [million] worth of weapons” against Yugoslavia’s military bases. In total, the Kosovo war and reparation thereafter cost £31.67 billion, around two-thirds of which went toward rebuilding Serbia/Kosovo.

Already suffering from international sanctions, Yugoslavia endured economic shocks with the nation losing 44% of its industrial production. NATO bombings are reported to have set back Yugoslavia by as much as 20 years, with economic costs amounting to $100 billion, as Yugoslav officials reported in 1999.

However, foreign aid assisted in Kosovo’s recovery and economic development. For instance, since 1999, USAID committed itself to the reconstruction of Kosovo in investments totaling more than $1 billion.

Multilateral donors collected around $2 billion in a donors meeting held in 1999 to aid humanitarian support and reconstruction. The benefit of economic reconstruction in Kosovo is visible in its GDP, rising to $9.01 billion in 2021, according to World Bank data, from $1.85 billion in 2000.