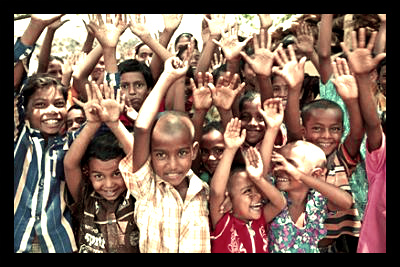 Universal Children’s Day, celebrated on November 20, promotes the well-being of children everywhere. Nations worldwide celebrate the day to support children’s rights and interests. Universal Children’s Day is celebrated upon principles put forth by the General Assembly on December 14, 1954, by Resolution 836(IX). Since then, the day is used to promote objectives the General Assembly puts in place to enhance the welfare of children around the world.

In more recent times, world leaders drew out the Millennium Development Goals (MDGs) in the year 2000, designed to reduce poverty dramatically. These goals are directly related to children in multiple ways. In 2012, The Secretary General launched a new program called Education First, which will raise awareness about education, as well as produce additional funds through advocacy work.

Several officials commend Universal Children’s Day and its purpose. According to David Anthony, co-author of UNICEF’s study, Generation 2025 and beyond: The critical importance of understanding demographic trends for children of the 21st century, “ the world needs to be prepared for the post-2015 agenda and take account of this fundamental and unprecedented shift.” He also states, “we must do everything possible, so these children get an equal chance to survive, develop and reach their full potential.”

Overall, by spreading awareness and boosting advocacy efforts regarding children’s well-being in the world and by incorporating the UN standard into national legal frameworks, we can ensure the rights of the world’s children. Wrapping up the vision of Universal Children’s day is this statement by the Report of the Secretary General in 2001, “We were all children once. And we all share the desire for the well-being of our children, which has always been and will continue to be the most universally cherished aspiration of humankind.”

10 Ways to End HungerFemale Literacy: The Importance and Reason
Scroll to top