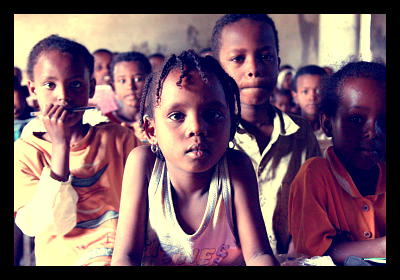 October 17 is celebrated throughout the world as the International Day for the Eradication of Poverty. Extreme poverty has many causes and benefactors that have allowed it to become the expansive global issue it is today. Lack of food supply, insufficient amount of suitable water sources and deadly viruses all contribute to the extreme poverty epidemic. However, lack of education is often overlooked, yet it holds as much stock in healing poverty as any other way. Making education a major target is crucial, especially for the female children in these areas.

Children in impoverished areas are not receiving proper education. However, the children that are receiving any sort of education are predominately males, and females are simply left out of the education process. Only 43 percent of secondary-age girls are in school, and 1 in every 5 girls in the developing world do not complete any education beyond sixth grade.

There are several reasons why girls in developing countries do not make it past middle school education. These issues range from having to work to help support the family to being married off at a young age. More than 10,000 girls under the age of 15 are to be married each day in developing countries. However, girls that receive secondary education are six times less likely to marry before the age of eighteen. Additionally, girls who receive at least seven years of quality education tend to make better lifestyle decisions. They average a marriage age of at least four years later than girls who do not receive the same number of years in education, and average two fewer children.

In these impoverished areas, girls have also shown a better tendency to conserve their money and use it primarily or their family. A woman in a developing country who earns an income invests 90 percent of it into her family, a substantially higher percentage than the men boast. However, the money cannot be made without receiving an education. While girls have more obstacles to pass to obtain theirs, even one year of schooling can improve a girl’s individual earnings by 10-20 percent.

The value of an education can change several aspects of life. Studies show that youths in general who receive at least a primary education have as much as a 50 percent reduced rate to contract HIV and AIDS. If a child is taught at an early age ways to avoid these diseases and to treat them, the results could be staggering. Predictions show that up to 700,000 HIV cases could be potentially prevented if more children received a primary education.

Girls have several odds stacked against them. However, receiving an education can obviously impact the lives of young girls in developing countries. By obtaining this education, girls have a much better chance of improving their poverty situation. Programs such as Compassion (found here) allow people to sponsor a child, and through outside aid these children are able to obtain their education. The mission to institute education worldwide is a crucial one; without increased learning, the world will always have the lingering effects of extreme poverty. Fixing the education issue is a fine way to make a difference.