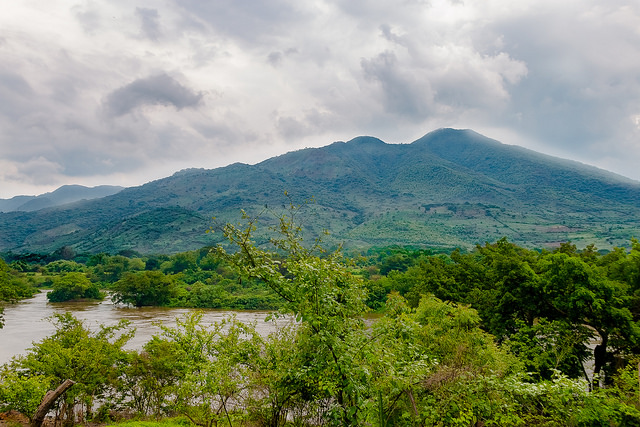 On June 14, 2017, the Inter-American Development Bank (IDB) arranged $2.5 billion in infrastructure projects for the nations of El Salvador, Guatemala and Honduras. IDB invested $750 million, plus additional funding for another $1.75 billion from public and private sectors within the Northern Triangle. One year later, with levels of violence and regional emigration still growing, it begs the question, what is the U.S. doing to help?

U.S. Aid To The Northern Triangle

This funding was proposed to compliment the Plan of the Alliance for the Prosperity of the Northern Triangle, which has made progress in addressing security issues and strengthening local institutions.

The initiative intends to improve the region’s infrastructure and, above all else, to slow the path of northern migration by providing economic opportunities in the region. However, it is estimated that the Alliance For Prosperity, in place since 2014, directs 60 percent of the budget towards security measures.

With the additional $2.5 billion in regional and IDB backing, far more development progress should be achieved. IDB President Luis Alberto Moreno stated in 2017 that “the key over the next five years will be to tap the private sector to help build critical infrastructure that will generate jobs, improve competitiveness, and create the conditions that encourage people to build prosperous lives in their homelands.” Only one year into a five year plan, numerous of the project’s goals need time to produce results.

In 2017, 54 percent of migrants detained at the border arrived from the Northern Triangle, in comparison to only 13 percent back in 2010. The Brookings institute reports that migration to countries like the U.S. has much to do with unprecedented levels of violence, including kidnapping, sex crimes and extortion in home countries.

Former Secretary of State, Rex Tillerson, suggested that United States’ demand for drugs is what drives “violence” and “lawlessness” in the Northern Triangle nations. The majority of those arriving in the U.S. are not a part of the violent gang crime themselves, but rather are fleeing this crime seeking asylum and safety.

Surges of gang violence coupled by weak institutional support, corruption and a general lack of economic opportunity have undermined regional efforts to address the crisis. With 95 percent of crimes going unpunished, refugees have little choice but to flee. Eric Olsen at the Wilson Center argues, “There has been so much penetration of the state and so much criminal involvement in security forces, it makes it difficult to think about how they would [reform] without some outside intervention.”

It’s understandable that so much funding is needed to address organized crime, but this allocation leaves the Northern Triangle to struggle with a multitude of other concerns. IDB’s development pledge in coordination with the existing Alliance for Prosperity projects addressing security is a great step towards addressing the larger institutional infrastructure problems of the Northern Triangle.

U.S. Response and the Alliance for Prosperity

In recent years, the U.S. has responded in various ways to help El Salvador, Guatemala and Honduras. Under President George W. Bush, the U.S. allocated hundreds of millions to the Northern Triangle and focused on increasing growth, trade and stability. President Barack Obama established the Central America Regional Security Initiative (CARSI) that provided over $1 billion to help law enforcement, counternarcotics and justice systems in the region.

After one year, the anticipated effects of IDB’s pledge have yet to be realized. Recent media coverage of separated migrant families has raised more awareness of the realities faced in the Northern Triangle, and presents a new opportunity to direct new projects to restore the prosperity of these three nations.

With Central Americans still dealing with forced emigration, it is clear additional measures must be taken by the U.S. government to prevent atrocities in the Northern Triangle and that the congressional IDB pledge is just one step of many needed in the right direction.

Malnutrition: The Consequences of Micronutrient DeficienciesImportance of Girls’ Education Around the World
Scroll to top