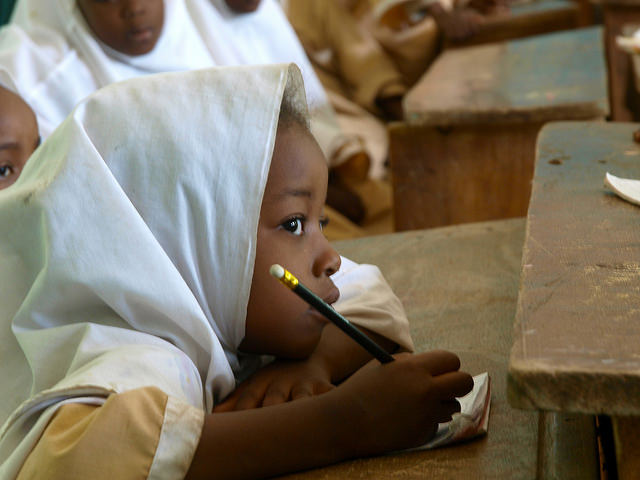 Advances in the education of young females have caused positive effects in the past several decades. Still, 130 million girls between the ages of 6 and 17 are not in school, according to the U.N. Educational, Scientific and Cultural Organization (UNESCO) estimates. The importance of girls’ education should not be looked over. Investing in girls education leads to outcomes that benefit society as a whole.

Research shows the positive results of more women and girls having better and sustained access to education. Studies show that education raises women’s standard of living in economic, social and health terms.

A 2012 U.N. report found that 95 percent of the 28.5 million children not receiving a primary school education live in low and lower-middle income countries. Of these children, 55 percent are female. A 2014 World Bank paper, using decades of data from 139 countries, found the cross-economy average rate of returning to school is 9.6 percent a year, but estimated rates are higher from women than men.

In addition, educating girls today will also help future populations. According to UNESCO data, if all females in developing countries completed primary education, child mortality would drop by a sixth, saving nearly one million lives annually. Also, maternal deaths, which the U.N. vows are largely preventable, would reduce by two-thirds. Schools can provide girls with life skills, reproductive health knowledge and a social space to discuss issues.

The importance of girls’ education is generational. “Girls are the future mothers of any society. Every girl that receives an education is more likely to make education a priority for her children. It’s a ripple effect of positive change in the community and country.” Tariq Al Gurg, the chief executive officer of Dubai Cares, said.

Girls also face unique challenges that impact their ability to stay in school through adolescence. For one, poverty often reduces young girls school attendance. Girls are compelled to stay home and work as an extra income could be vital to familial livelihood. Females also face heightened levels of violence; physical assault can keep females away from the classroom on a routine basis.

Another notable obstacle is child marriage. Each year, 15 million girls are married before reaching adulthood. Child brides rarely stay in school, assuming the role as caretakers of a home instead. As a result, the practice is an impediment to education reform, the economic status of women, and thus the empowerment of women worldwide.

Many groups have invested in and advertised the importance of girls’ education and put it at the forefront of global development. The World Bank Group, for example, set several goals in 2017 aimed at improving the education girls receive. The group provides scholarships, trains female teachers, ensures gender-sensitive discussions in classrooms, addresses violence against women and helps end early child marriage. In 2014, the U.N. General Assembly adopted a resolution calling for the ban of child marriage, thus promoting the reduction of inequality between genders.

The economic costs of low educational attainment for girls are high, particularly in African states like Uganda. The study finds that a government-sponsored universal primary education would likely raise earnings in Uganda by 18 percent.

Recognizing the importance of girls’ education ensures inclusive and quality schooling for all students. Elevating the level of girls education is vital to improving the lives of girls and people everywhere. Research shows that better female education is correlated with lower rates of poverty and improved health.